The resurgence of Cherokee Street in south St. Louis has been fun to watch. It’s been fascinating to watch the eclectic mix of small businesses, artists, bars, restaurants, and even craft beer, meld together as they all work hard to create a community. Some businesses make it, some don’t.

One business that appears to be thriving on Cherokee Street is Earthbound Beer. Its burnt red brick building, housing its 2-year-old taproom and brewery on top of the now famous Earthbound Beer Caves, with the legendary stories they tell, has been wowing their legions of loyal fans with what they’ve affectionally called weird beer.

We asked the Earthbound chief guru Stuart Keating for a preview of what he and his team have in their plans for the future.

What We Can Expect

The start of the year will mark the return of two old favorite. I last saw Divine Hag, back in February of 2017. The Scottish Ale at 8.9% ABV is back right now. Also scheduled to return in 2020 is Earthbound’s popular fruit beer Jeff Goldplum. Keating will only say it’s making a comeback in a BIG way!

Another big beer to checkout is called Immaculate Confection, Earthbound’s first pastry stout. This big 13% ABV beer is thick, made with jaggery, mahlab, and aged on coconut and chocolate. 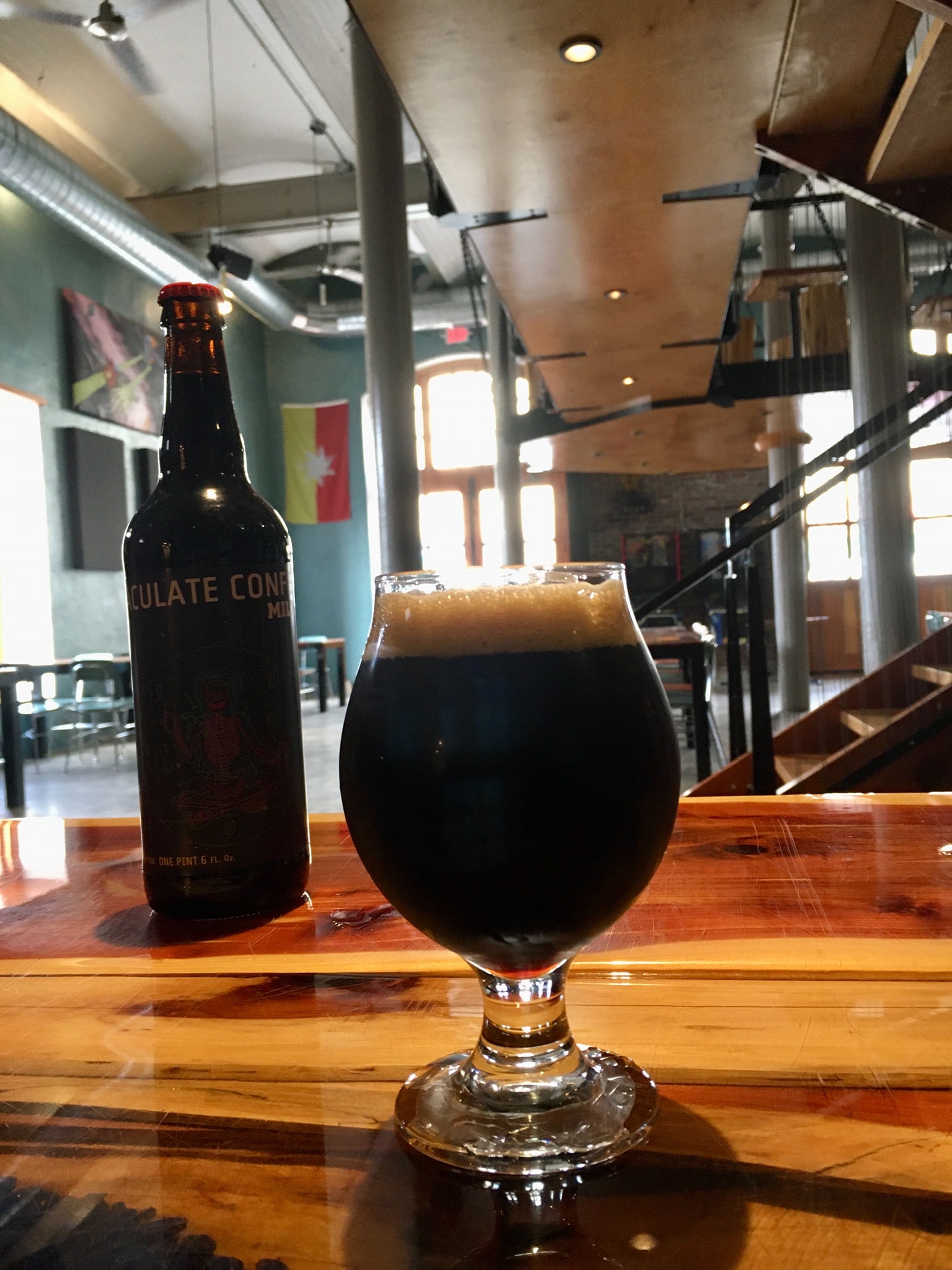 This beer, and along with Dead Druid King are available now, but in very limited quantities.
“We have lots of new beers planned, including canned seasonal fruited goses, special bomber releases of our fruited braggots, both honey and barley high-ABV co-fermentations,” said Keating.
Also, look for some exciting barrel releases scattered throughout the year.

ILLiXiR, a 4.5% blonde ale made with blueberries, is simultaneously crisp and crushable, much like the decade-plus of music released by iLLPHONICS.

iLLPHONICS approached the brewery about producing a collaboration beer, and they quickly hit upon a session-able beer with a bold flavor profile, a crisp finish, and a gorgeous purple color.

“The name and the color of the beer allude to the mythology we started with our album, Purple Piano Society, and even more specifically, the song Merlin,” said Kevin Koehler, of iLLPHONICS.

“We’re super into wizardry and rap, so this was an awesome opportunity for us,” said Keating.

Living in the south St. Louis neighborhood of Tower Grove East is a blessing for anyone who loves craft beer. From my house, I’m literally within 4.7 miles of 12 craft breweries, according to Google […]

It’s no secret that Missouri whiskey is prospering, highlighted by the creation of a unique class of spirits called Missouri Bourbon Whiskey. And the good news continues because now St. Louis’ newest distillery is creating […]

Today in St. Louis beer and whiskey for June 2