It’s no secret that Missouri whiskey is prospering, highlighted by the creation of a unique class of spirits called Missouri Bourbon Whiskey. And the good news continues because now St. Louis’ newest distillery is creating a new spirit, in the spirit of helping others.

The pre-sale of each $45 bottle of Common Bond Single Malt donates fifteen dollars directly to
the Gateway Resilience Fund, which distributes checks to service industry workers who have
missed over a month of regular income due to COVID19. Purchases also provide immediate cash
to breweries to cover operating expenses during this difficult time.

“Distilling whiskey teaches patience, but we knew we needed to move with speed on this project,” explains Nick Colombo, one of the Founding Members of Switchgrass Spirits who spearheaded making hand sanitizer and distributing it to first responders and at-risk communities in St. Louis.

Now Switchgrass Spirits is focusing on the Common Bond charity project to support the service industry which is struggling under COVID19. 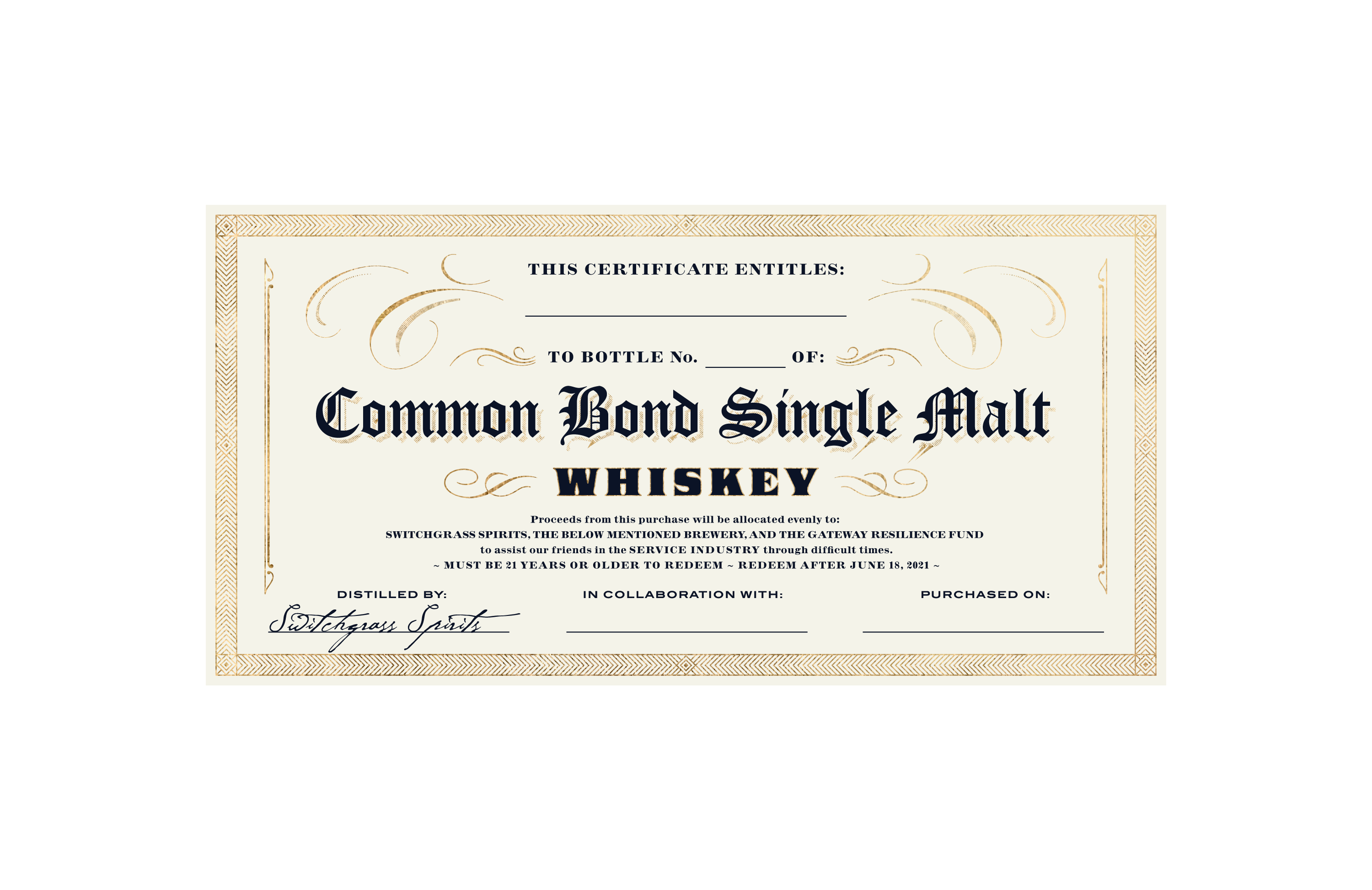 Customers will receive a commemorative “Common Bond” certificate from Switchgrass Spirits in the mail reminiscent of a World War II war bond.  In one-year customers can redeem their certificate for a special edition bottle of hand-crafted Missouri made whiskey just in time for Father’s Day 2021.

“You don’t have to be a millionaire to make a difference,” Sarah Miller from Switchgrass explains, “we know it is easy to feel overwhelmed and powerless during this time.  We created Common Bond as a way for Saint Louis residents to feel good and get involved indirectly helping their own community with a hopeful eye towards the future.”

Like any movie franchise, you always want to leave your audience wanting more, thus the beauty of the cliffhanger. In our last episode Captain America and the rest of Team Cap were enjoying happy hour […]

It was a big deal to move a festival as large at the St. Louis Brewers Guild’s Heritage Festival from Forest Park to the Arch grounds, so my first reaction is this: it was the right decision.
[…]

Rockwell Beer has a story to tell, and soon, beer to pour

While the anticipation for the official grand opening of Rockwell Beer Company continues, Andy Hille’s team was getting into full form Saturday night, with what is described as the ‘first soft opening.” Billed as “Snow Ball: Snow Day […]