I’ve declared that my Summer of Beer 2019 will include a return to some styles that have sort of fallen off my beer list, namely Hefeweizens and Witbier.  Witbiers are Belgian style ales that are usually unfiltered which gives them a pale and cloudy hue on the pour. They are usually spiced with a fruit such as coriander or orange peel and are both crisp and wheaty on the tongue.

I find them to be refreshing with an orange slice, but some people don’t care for the extra fruit.

Tait Russell of Charleville Brewing has a new Witbier coming out soon, and Amelie, is probably not going to be like any Witbier you may have tried before. 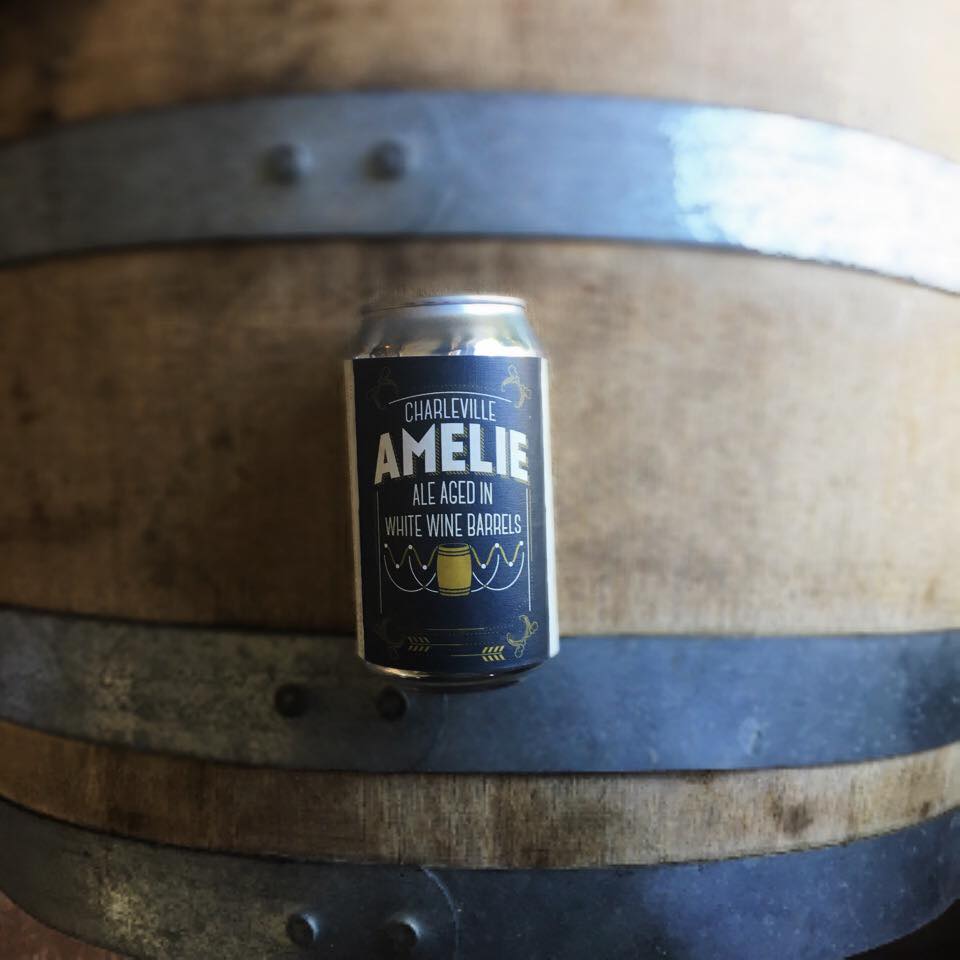 Charleville brewers wanted to experiment using some spent wine barrels and try out a beer aged in them.  They used Chardonel Barrels and their Half-wit Wheat as the base beer.  In this particular beer they didn’t add any Brett, instead, they allowed the ambient brett in the barrels to work its magic, it just took a long time, 4 years roughly.

“I think what is unique about this beer, is that it uses our natural flora to sour,” said Russell. “It is made with our estate Chardonel wine barrels, which not many breweries are also wineries, so I think that is pretty cool and unique.

The brett in this beer comes in from the Charleville fields on their grapes and gets into the wood.  It never really shows itself in their wines, but works really nicely with this beer.  This beer also has a lot of wine character from the Chardonel that is saturated in the wood.

“Also why we can’t make it very often is because we don’t release wine barrels every year.  Amelie has a soft sourness, it is Acidic but not so much that it burns,” said Russell.

Charleville actually first made this beer back in 2011, and it was a surprise hit.

“At the time sours were barely getting started and were not widely produced as they are now.  I think we were a little in front of the curve and I think it left an impact on those lucky few who got to have it the first time!   This time we packaged it into 12 oz cans which will be sold at both of our locations.  As well as on tap in STL.

1. How does the beer pour and appear at first glance?  Clear straw like yellow
2. Can you describe this beer’s bouquet on the nose?  Brett aroma, Chardonel wine, pineapple, straw
3. What flavors can we expect when we first try this beer?  Brett, Chardonel wine, acidity, pineapple

Look for Amelie to be released on Wednesday, July 3rd.

Beer 101: What is Altbier and where to find a great one

The STL Six Pack | Best beers to try this week

Drink 314 has joined forces with DrinkMoBeer.com to bring you a new weekly feature we’re calling Your STL 6er, which will feature six local or regional beers that we are recommending you try this week. […]