One of the most-anticipated releases of the year is coming this week and is one I’ve never had the pleasure of trying. The beer is commonly known as KBS or Kentucky Breakfast Stout. It will make its nationwide debut for 2019 on Friday, March 15th.  KBS is a bourbon barrel-aged imperial stout brewed with coffee and chocolate. It comes in at 12.2% ABV and will be available on draft, in 750mL bottles and in 12oz bottles.

The only breakfast stout that I’ve ever tried is one of my favorite locally crafted beers in St. Louis. It’s the Imperial Breakfast Stout from Denny Foster and Main & Mill. More specifically, the 2018 Oak-Aged Imperial Breakfast Stout is what I had. It’s brewed with cacao nibs, vanilla, cinnamon, Mississippi Mud Espresso, & maple all brought together with a bit of their Buffalo Trace BA base.

But you know what I’ve always wondered? What is a breakfast stout? So, as we near the release of KBS, I reached out to Foster to get a better understanding of what breakfast stouts are all about. 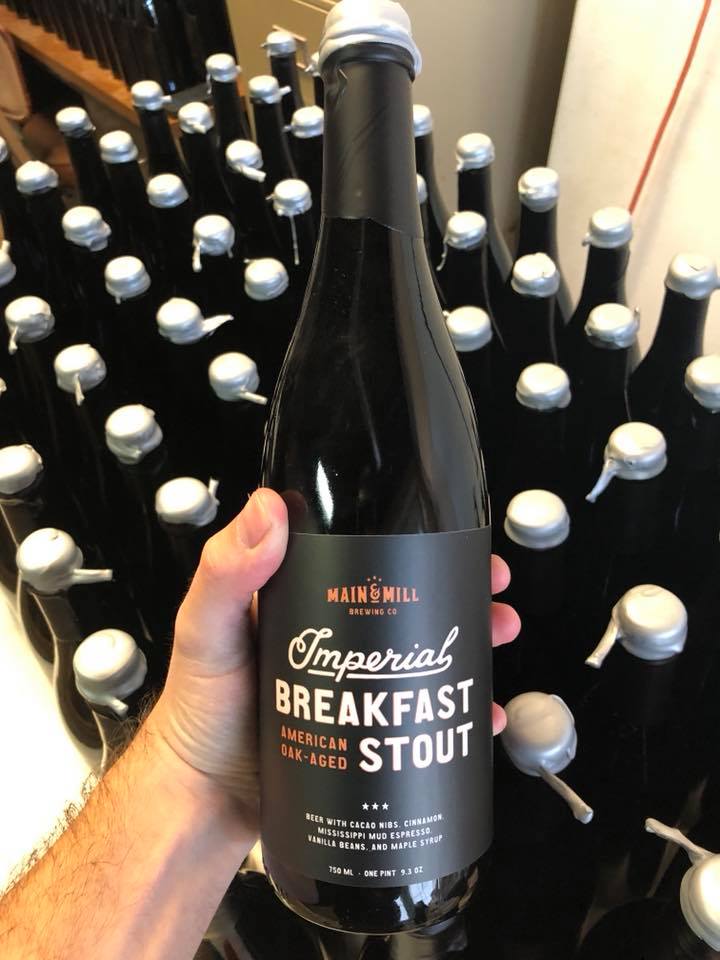 What is a breakfast stout?

It’s not really a style so much as an idea I think. Everyone may view these stouts a bit differently but we include 5 adjuncts in our big breakfast stout that have some sort of morning connotations: maple syrup, espresso, vanilla, chocolate, and cinnamon. Each ingredient gives a pastry kind of thing and helps form an almost cinnamon roll kind of stout with a coffee chaser.

What is the difference from any other stout?
“Pastry” stouts are the big thing now but the “breakfast stout” has been a thing since Founders put out their version years ago. That’s truly where the pasty stout started, at least to me, but the sweetness wasn’t as prevalent as a lot of versions now. The adjuncts are what make these “breakfast” stouts — the coffee, maple syrup, vanilla, chocolate, and cinnamon or some combination of those. Tons of breweries release their own versions with different names that may or may not have breakfast connotations. We just feel it fits well.
Why is the word breakfast included?
Mainly due I think to 1) it was almost a style created by Founders 2) all adjuncts have a spot on a breakfast table or on top of pancakes/waffles/French toast
Why did you decide to brew a breakfast stout?
5-6 years ago when we were basically homebrewing for festivals we had a big goal of wanting to make session stouts loaded with flavor. This led immediately to a few different breakfast related beers, including our Imperial Breakfast Stout but also Morning Session Stout and Missouri Brunch Stout.

We wanted to nail these because we love stouts, love coffee in stouts, and felt that other adjuncts could work together to create layers of complexity in different ways. These stouts have led to new people getting into stouts that may not have otherwise jumped to the style.

Overall, it’s about creating something that you think people will love. We enjoy these ingredients and like to create a balance between each adjunct and the base beer. Whether it’s a breakfast stout, or Mexican chocolate stout, it’s always about showing off ingredients while making sure the base stout still shines through.

Beer 101: What is Altbier and where to find a great one

They’re calling it an “enhanced tasting.”  Enhanced indeed. Friday from 4 to 6 p.m. at the Forsyth location, The Wine and Cheese Place is hosting an Open House with a tasting menu that is, shall […]

A straight shot south down Interstate 55 from St. Louis is where you’ll find a brewing company that, while just three years in operation, is carrying forth a rich brewing tradition that began 120 years […]