In the season of heavy winter beers, there are still plenty of lighter beers being brewed. One that is out right now is straight out the Bavaria playbook. A Munich Dunkel is, in fact, a type of beer I’m not usually looking for in the winter.

Munich Dunkle beer dates back to 12th century and was first brewed by Benedictine Monks, who discovered that yeast acted differently in different seasons.  It was only in the colder months when the ale yeast went dormant that a beer would catch the still active bottom fermenting lager yeast. This “wild” fermentation left much to be desired in heat of the summer, but in the winter, watch out. 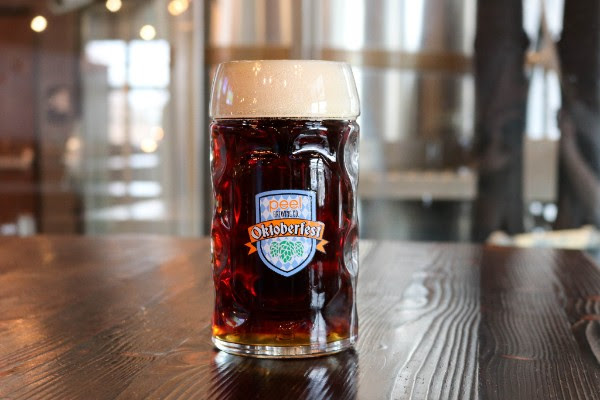 Peel Brewing Company is ready to debut its version of a Munich Dunkel, which is brewed with traditional ingredients from Bavaria, Germany, and has a smooth, rich and complex lager without being heavy.

It pours a nice brown color with brilliant ruby hues that come from the use of Munich malts.

You can get a 1/2 liter poured in one of Peel’s Oktoberfest mugs for just $7.00 while supplies last, AND you can keep the glass when you’re finished!

125 breweries, 600 brews is why Microfest is one our town’s best festivals

I know, I know! Your Spring beer calendar is filling up fast, but please do what you must to make room for one of my favorite events. St. Louis Microfest is one of this beer […]

In our house we called it the “terrible 2’s” but in Alton, they just call it another reason to party.  The brewery that put Alton on the local brewing map is turning two and they’re […]