2017 was a banner year for good St. Louis beer, and I say this based on how much of it I drank.  Between festivals and brewery visits, my Untappd account topped 200 different beers in 2017.  Is that a lot of beer? It is for me, but who is really counting.

Within that 200+ was a high percentage of beer brewed locally.  I thought I’d give myself a review and see if I could narrow it down to beers that really made a huge impression on me.

Before you read, please take note of a few points below:

I invite you to share your favorite five beers from St. Louis this year. Either comment below or email us at drink314.net@gmail.com

Like any good year, I began 2017 in style at Urban Chestnut’s Wolpertinger Festival, where I had my first taste of what is now one of my all-time favorites.  2nd Shifts LSD series is one of their most popular.  They continue to push this LSD in different directions, but this always has a home in my beer fridge.

Juice Nuk’m was my first introduction to Schwerpunkt Brewing beer as well as the new trend of New England Style IPAs.  My experience left me wanting more from these guys.  I’m not sure about their plans for the future but I hope they’re still on.  This beer lived up to its name – more juice, less bitter. Lot’s of citrus cuts through.

Not my first peanut butter beer, but if I was ever to list them all, it would be near the top. This was Main & Mill’s debut of the beer, and you had to be in line because it disappeared quickly. It was like drinking a peanut butter cup in a glass.

I’ve always been an American Brown Ale fan, and this was one was one I missed when it came out. Luckily my friends Missy and Will growlered me some.  This beer is thick, bold and hearty and damn fine. For as heavy as it drank, it really was quite sessionable. 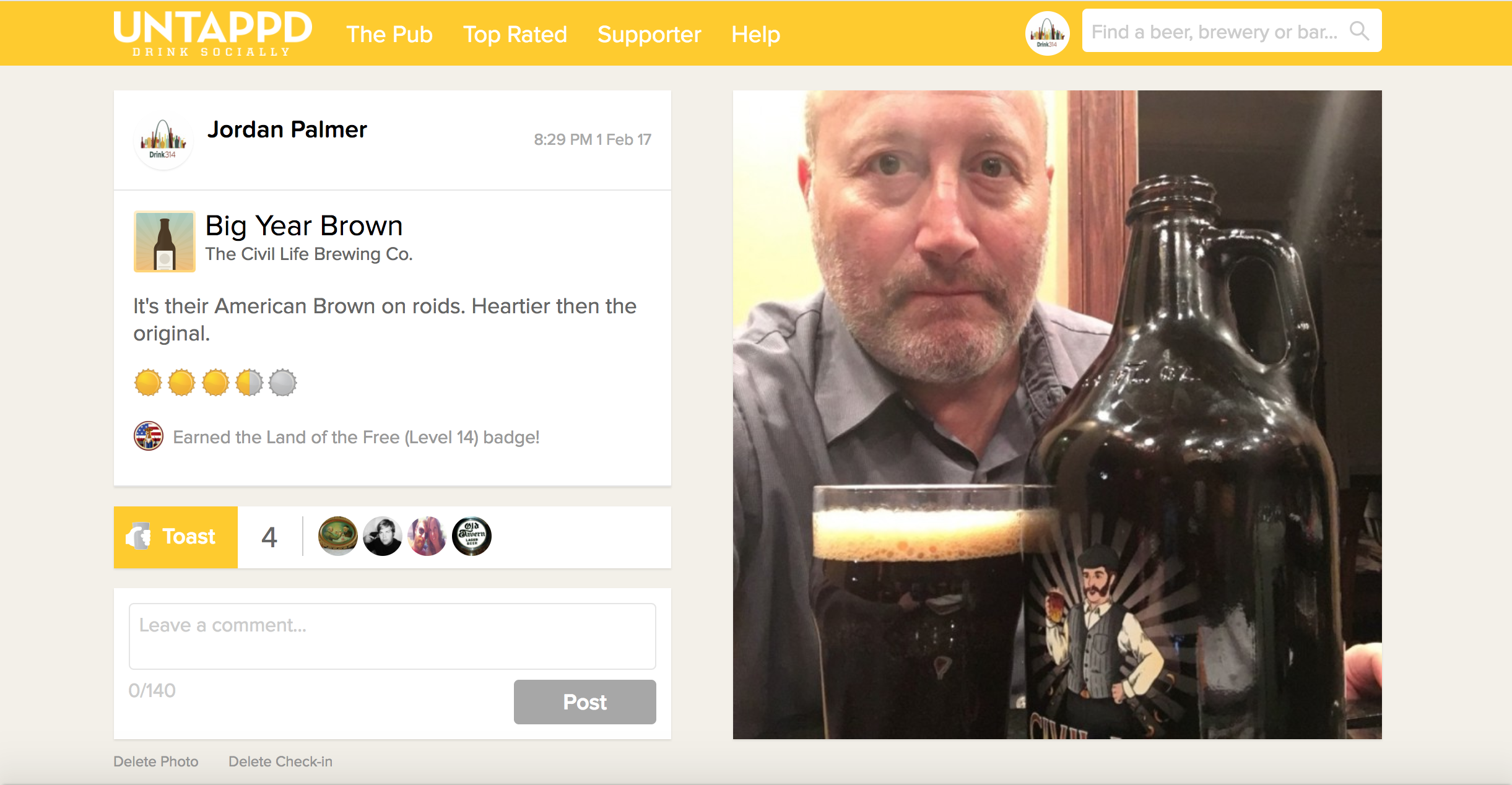 If memory serves it was the Centennial Beer Festival in St. Louis and I walked away after sampling “Snapper” thinking it was one of the finest IPA’s I’d had in a long time.  I made a mental note to remember that something very exciting was going on in Columbia, Missouri with this new brewery “LongBoat.”  Soon, I was bringing home “Snapper” as my go-to IPA as well as its American cousin “Lookout”.

I’ve discussed, in previous posts, my “hopline,” which is the line on my tongue where a beer crosses over and becomes just too hoppy.  Brew Cocky pushes pretty close, but not over. 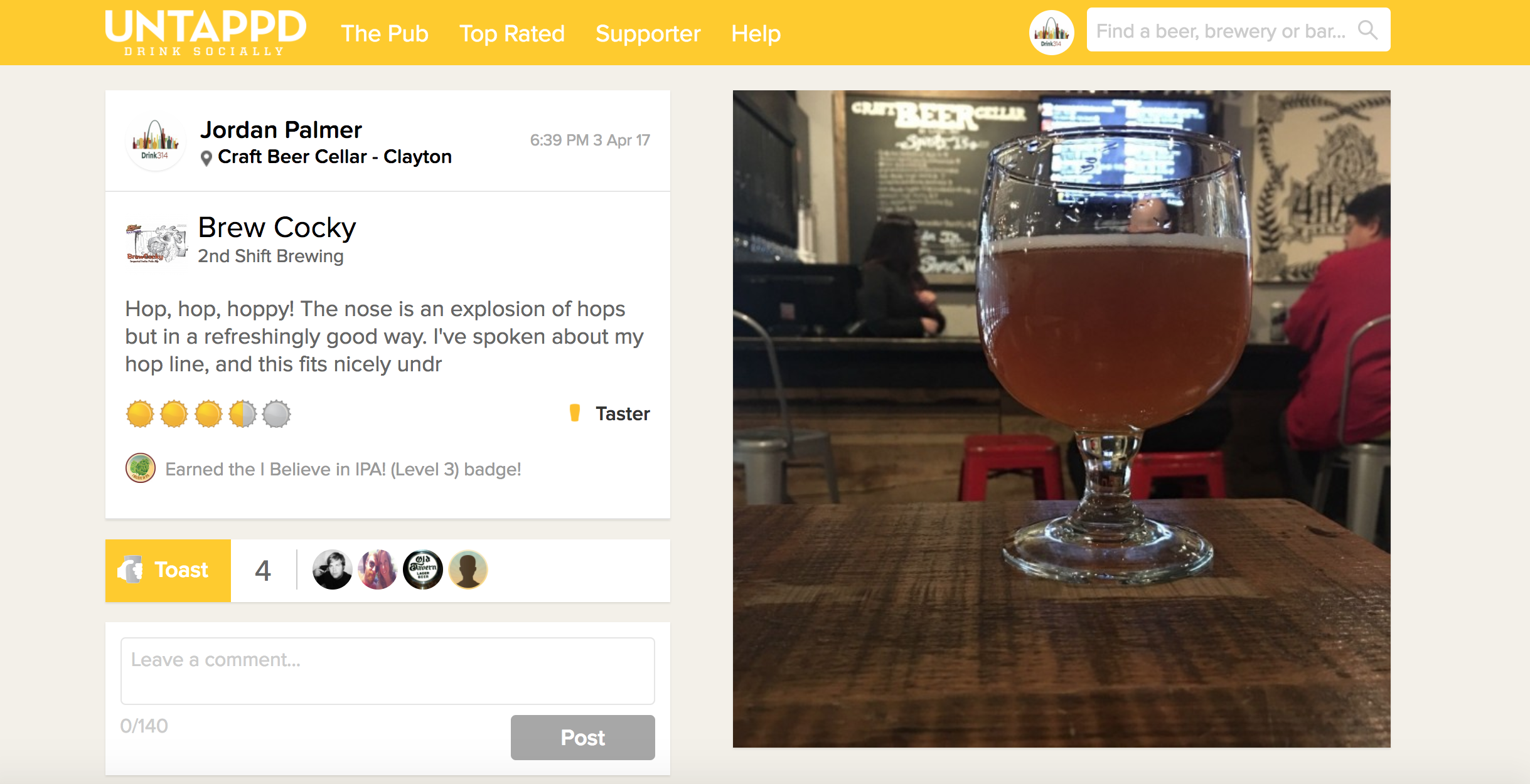 My friend Stephen Hale told me that this one beer is really representative of Schlafly’s uses of real ingredients and innovative processes.   Right off the pop-of-the-top, a sweet, fruity aroma cascades to your nose, pleasantly and not overwhelming. On the first sip, the raspberry is right there and really balances (there’s that word again) this beer to one that you will like after mowing the lawn. 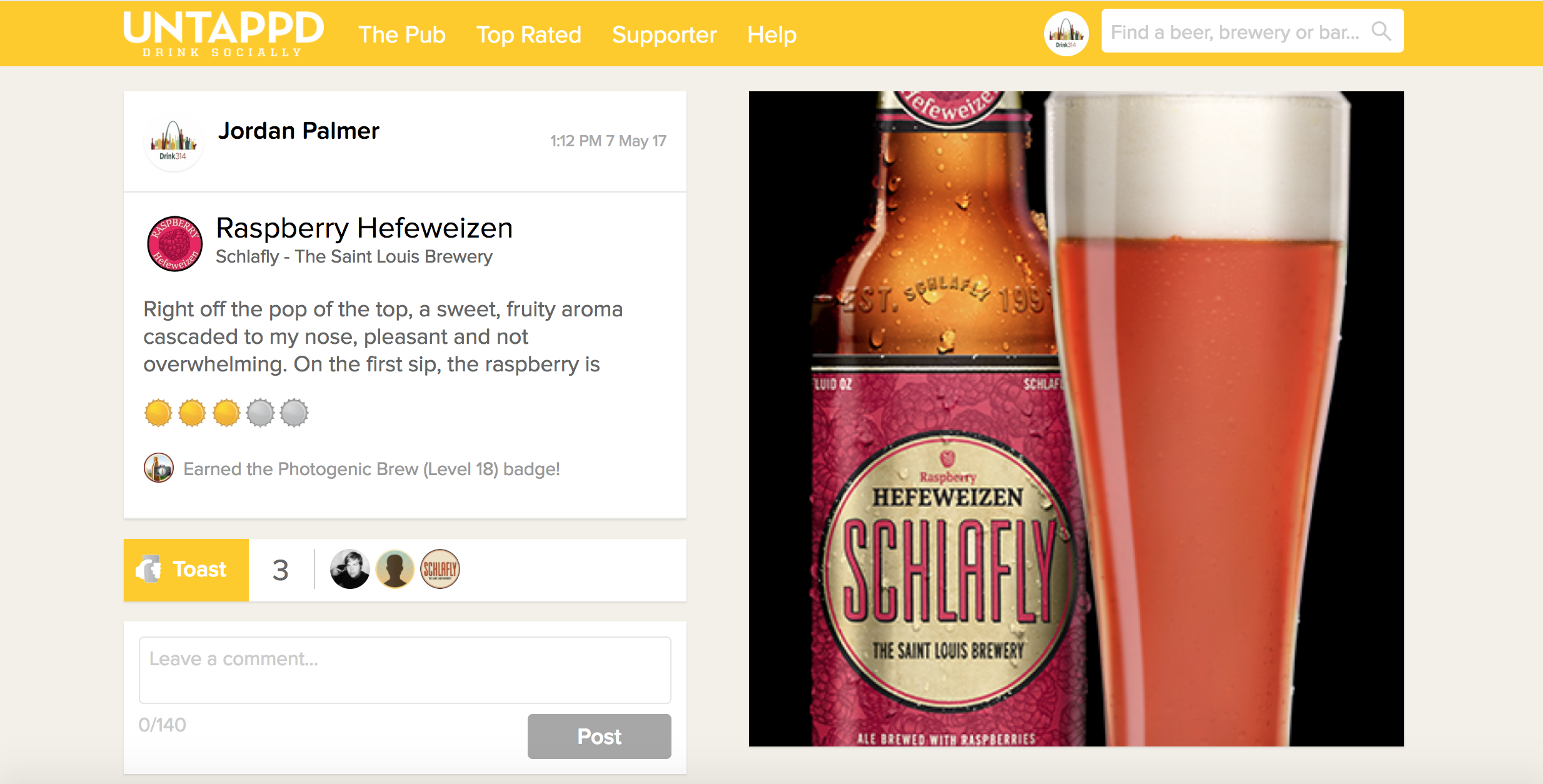 One of the highlights of my St. Louis Brewers Guild Heritage Festival was the Saint Louis Hop Shop Rare Tasting tent.  This rare tasting capitalized on my love of blood orange.  Regrettably, I got one tasting shot of this, as the line was quite long.  If anyone is listening, this would be one I’d like to see come back.

This summer, we saw an influx of new brewery openings, but few more were as highly anticipated as the debut of Third Wheel Brewing and Abbey Spencer. But, the same week they were to open, Third Wheel poured their wares at the Heritage Festival.  This was my first sip of their brew and a big reason, why I continue to be a big fan.

One of the highlights of any great beer festival is the VIP tent.  Yes, you pay to be there, but a good beer festival makes it worth the money. This year the VIP tent at the Heritage Festival included several hourly tappings that were not available on the boardwalk. LSD or Liquid Spiritual Delight with coffee and vanilla is a delicious variant off of the Imperial Stout and one of my favorites at 2nd Shift.

Every city has those things, that folks from out of town just don’t understand. St. Louis has a long list, and now there is a new entry – This Gose, was created by the mad scientists at Earthbound, utilizing the taste profile of our town’s favorite chip, the Red Hot Riplet.  Served in the rare tasting tent, it was the beer I was most anticipating, and I’m proud to say, I got the first pour. If a beer that tastes like a hot, barbecue potato chip doesn’t interest you, then let me just say, “It’s a St. Louis Thing.”

Summer’s are for lagers and St. Louis now has a new go-to lager that doesn’t end include the word Lite. While the beer itself is a solid lager, it was more about when I drank these that made it stand out.  Perfect summer nights.

Not everyone is blessed to be able to send their kids to camp for 8 glorious weeks.  We do it so we can drink more beer. I drank this one, just 45 minutes after the kids took off.  When it comes to IPA’s I look for balance and this one has it down. 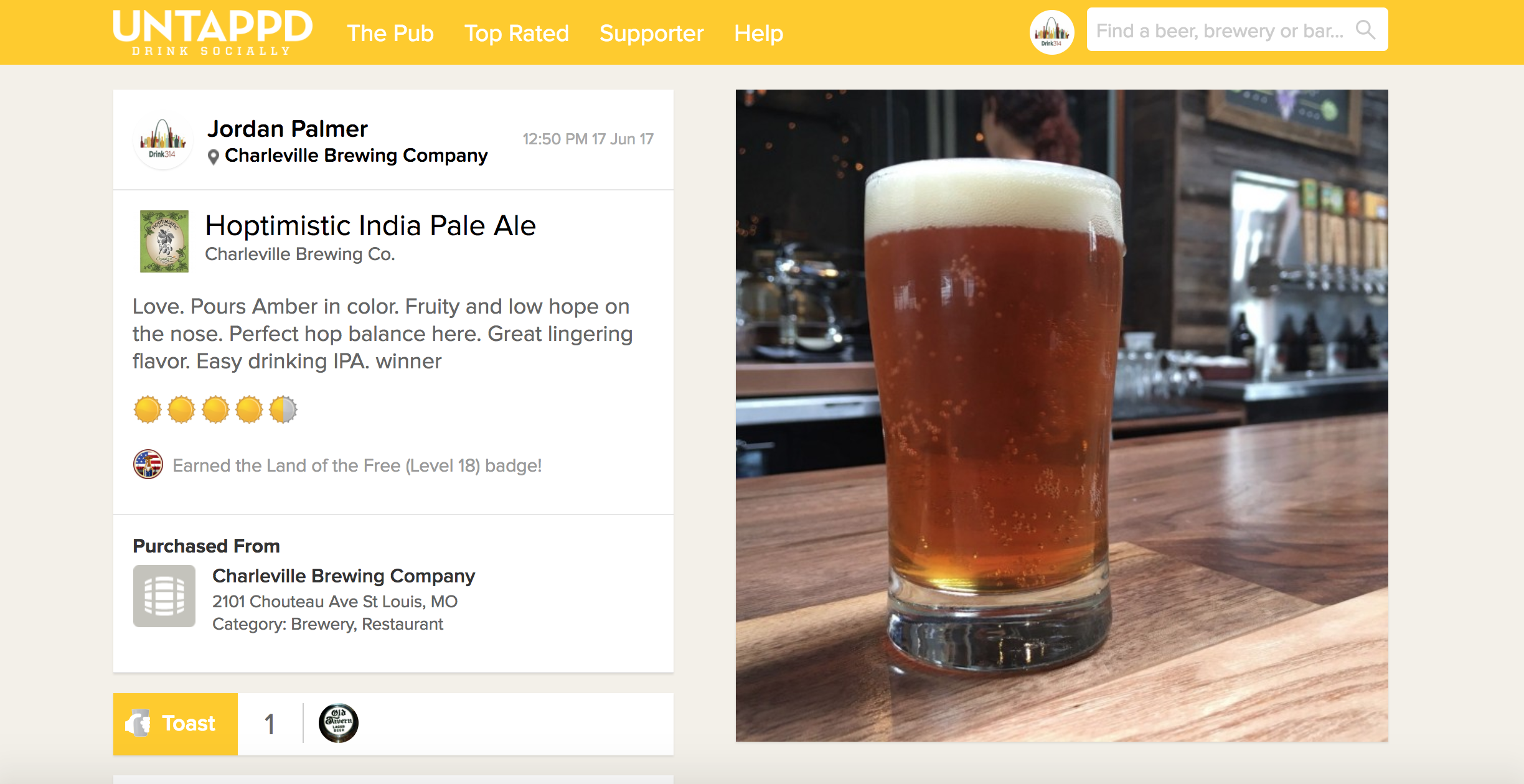 4 Hands has so many good beers, locals might find this choice surprising. Never been a huge cucumber guy, but on the day my son and I rode our bikes to the taproom to try this beer, I decided veggies can be cool.  A sour, but as noted, very swigable.  I bought a few bottles and brought them home and later found out that my wife also found this delightful. Hope it’s back next summer. 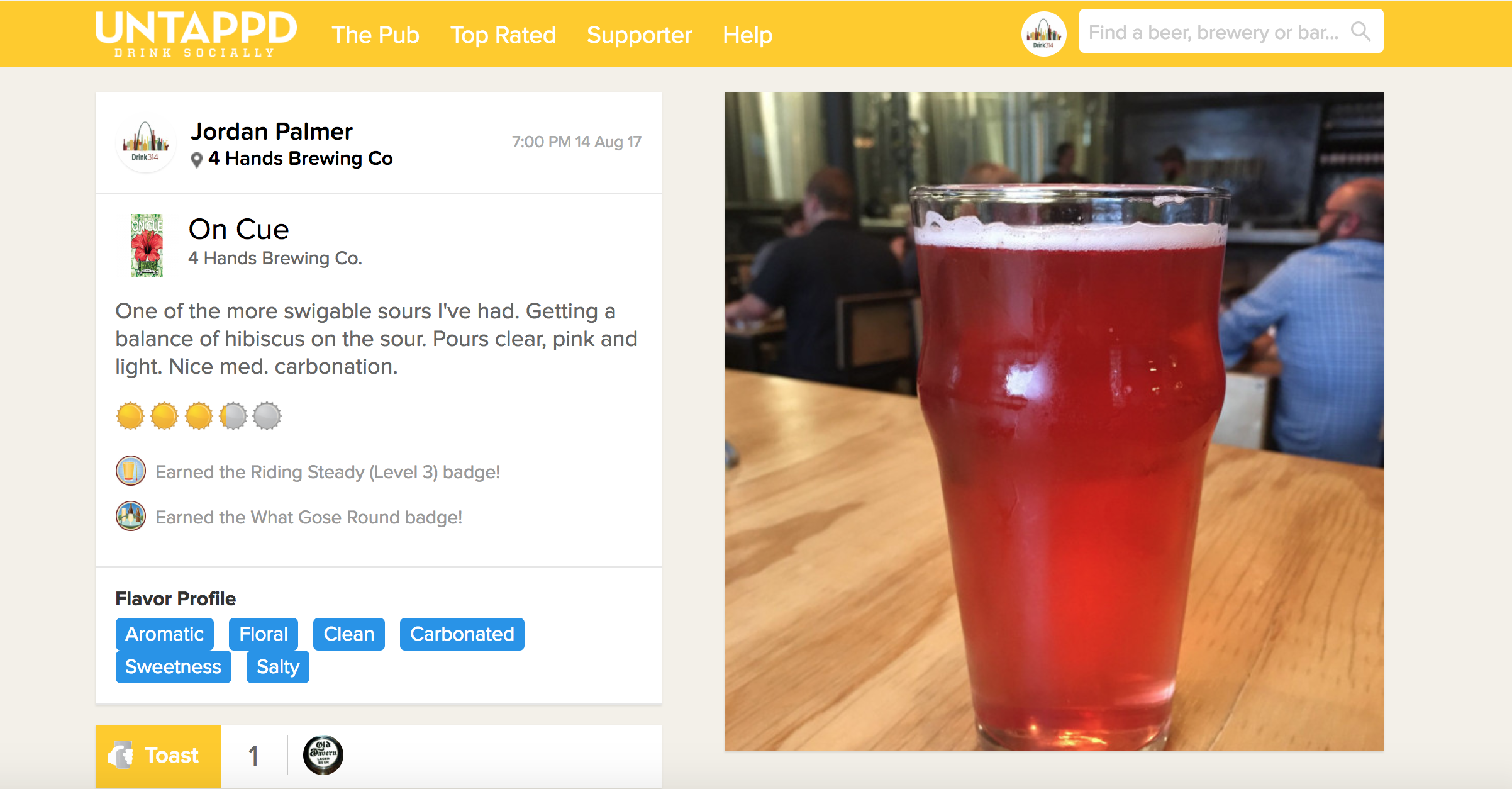 Backyard beers are a very big deal for me.  I often judge beers on the criteria of whether I would drink them after mowing the lawn or watching a ballgame in the backyard.  So it was surprising to find a stout make my summer drinking list. 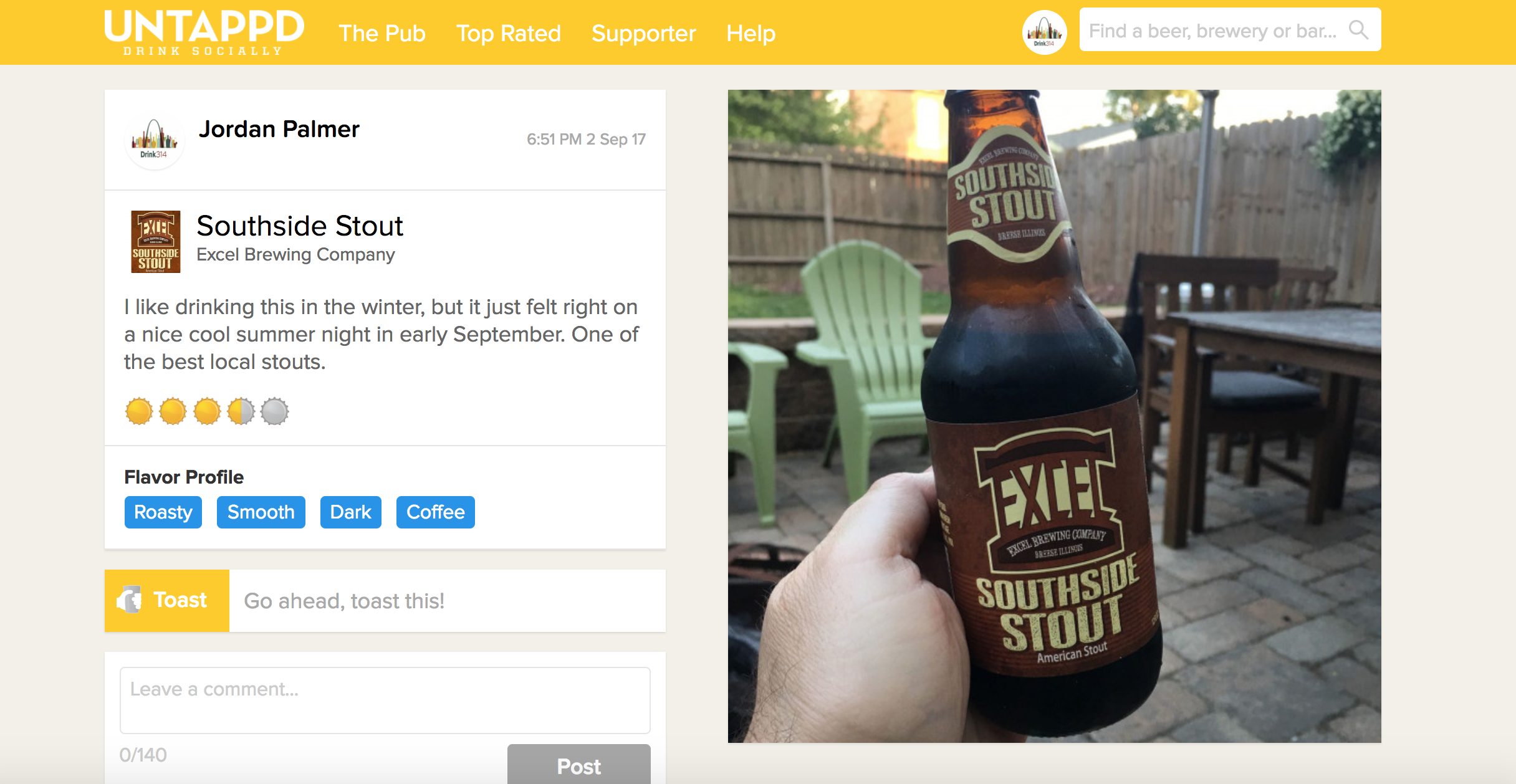 This is the beer that St. Louis beer lovers line up for. I’ve never lined up, but I do understand why.  After the initial release, I like to keep my eyes open for when a few lucky bars and restaurants get a keg. This year I found it at Louie’s in Clayton. This beer is terrific.  Enough said. 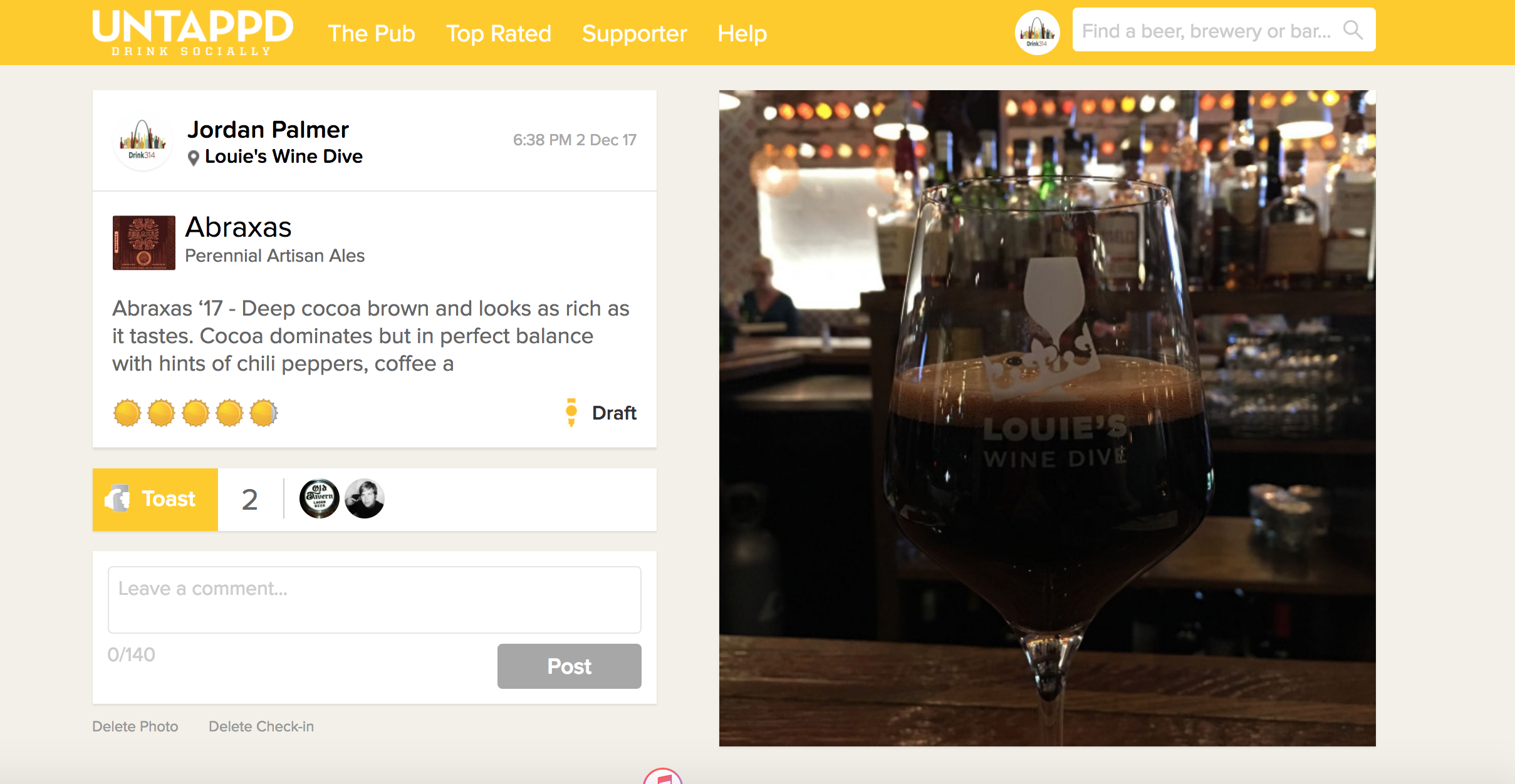 Beer is not exempt from the sweetness that honey can bring to life.  In fact, beer and honey have been in ‘collaboration’ or years. But only recently have I begun noticing more breweries and restaurants […]

Damn the ice.  While beer lovers await news of when 4 Hands will reschedule its 5th Year Anniversary party following the weekend ‘ice storm,’ there are two new releases coming that should tide you over, plus plenty […]

2017 has been a stellar year for St. Louis beer lovers with so much new beer flowing from so many new craft breweries.  One of this year’s most anticipated debuts was Third Wheel Brewing in St. […]