Loving beer can be tricky if you’re on a heart-healthy diet, that’s because alcoholic beverages tend to be high in calories. On its own, alcohol contains 7 calories per gram. Yet in the past years, the beer scene has diversified with increasing numbers of solid brews entering the market that don’t pack too many calories.

Quietly, I’ve been enjoying these fine beers, noting that most all have been made out of town. But, recently local beer makers are starting to crack the code, offering you and me even more options here at home.

That is why I was thrilled to learn that Schlafly Beer is ready to release three new experimental beers including the aptly named Low Cal IPA. The new beers are all apart of the new Hoptic Visions release, featuring four hop-forward beers across a variety of IPA styles. This is the second year for the Hoptic Visions pack, which features: Schlafly’s sessionable IPA; and the debut of West Coast IPA, Hazy Grapefruit IPA, and Low Cal IPA. 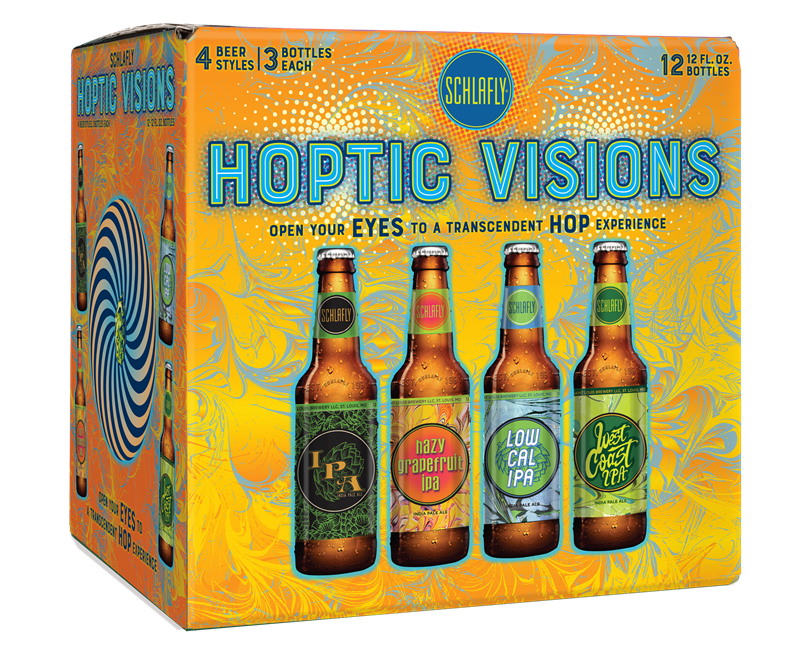 “We are introducing our first take on a low-calorie beer with Low Cal IPA,” said Founding Brewer Stephen Hale. “Clocking in at 110 calories and just 4% ABV, the new Low Cal IPA sways to the lighter side but is still packed with juicy hop flavor.”

IPA has quickly grown to be one of the top performing beers in Schlafly’s portfolio. At only 5% ABV with juicy flavor and a golden-haze, the beer features notes of citrus and tropical flavors. In addition, the Hazy Grapefruit IPA, also at 5% ABV is a new juicy IPA that adds pounds of real fruit for an added complexity. Schlafly amplifies the grapefruit by complementing Cascade and Simcoe hops. West Coast IPA is another exclusive offering brewed as an ode to the IPA style that started it all – both Hazy Grapefruit and West Coast are exclusive to the pack.

Time to HOP again, with more than 40 beers and six special tappings

Time to HOP again folks! Tickets for the 20th anniversary of the HOP In The City go on sale Wednesday, August 15th. The anniversary edition will feature 40+ beers along with six, highly anticipated ringings […]

My neighborhood park just got its own beer, thank you Schlafly

There is nothing like spending a Fall afternoon, in the oasis that is your neighborhood park, enjoying live bluegrass, splendid food truck cuisine, and a cold, crisp beverage from one of the local purveyors pouring […]

Small Brewery Sunday 2020: Where to grab a pint in St. Louis