World Wrestling Entertainment Hall of Famer Stone Cold Steve Austin is one of the most successful and popular WWE Superstars of all time, and one of the few stars whose name is often recognized by those who never were fans of professional wrestling.  While his in-ring career came to an unfortunate early end, Austin has continued on in different capacities.

One of those is his highly successful WWE Network podcast series – Broken Skull Sessions with Stone Cold Steve Austin. The name, Broken Skull comes from his website, Broken Skull Ranch, and line of products which includes the very popular beer, Broken Skull IPA. Now, the beer brewed by El Segundo Brewing Company out of El Segundo, California, is available here in St. Louis, and across the region, thanks to one beer-loving wrestling fan. 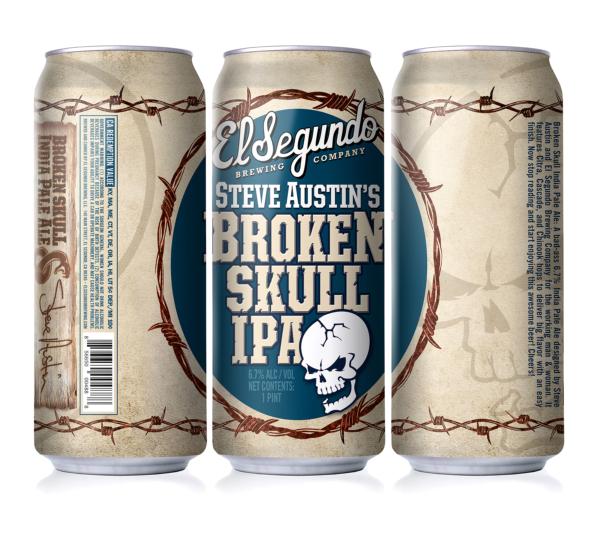 “I’ve been keeping an eye on El Segundo ever since they originally released Broken Skull IPA,” said Dave “Panda” Scarmana, of Craft Republic, a St. Louis based craft beer distributor. “I’ve been a wrestling fan since the late 80s, early 90s. Stone Cold Steve Austin was a defining character during his career and was always one of my favorites since his WWF debut in 1996. In my mind, the release of this beer in Missouri and St. Louis has been 25 years in the making.

Broken Skull is a 6.7% abv West Coast IPA loaded with Citra, Cascade, and Chinook hops, designed in a collaboration between the brewery and Stone Cold Steve Austin. 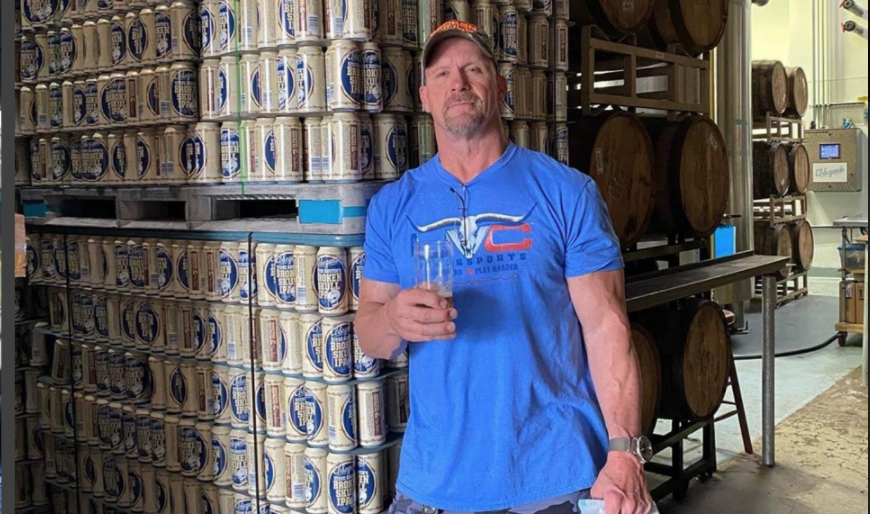 “I stand by that beer. I worked on that beer, sitting at a table with Rob Croxall, the owner of El Segundo Brewing Company and we decided to collaborate on a beer,” said Austin, during a television interview about the beer. “We had ten to fifteen beers on the table that we both liked, or fancied, or had some quality to them. So as we were drinking these beers, I would explain to him, and I don’t really necessarily speak beer terminology, but I’m a pretty good expert at drinking beer. And I would explain this is hitting me, I like something a little more mid palette, some of them hit you too upfront, or some linger too long, some are too bitter. And I would explain the way each beer affected me or where it resonated with me on my taste buds.”

Scarmana noticed El Segundo when it launched in Tennessee and Georgia, and wanted to get Missouri had to get on board quickly. “I reached out to Tom Kelley (Chief Vision Officer) from El Segundo to see if Missouri could fit into their distribution plans,” said Scarmana.”We worked out the logistics with the plan of announcing the launch.  The beer just arrived super fresh and tastes amazing, and will be shipping all over the area before this weekend.”

Broken Skull IPA is now available at your favorite bottle shop or wherever you buy beer in St. Louis, St. Charles, Columbia, Cape Girardeau, Kansas City, and Springfield. This will be the only El Segundo beer making an appearance in the area.