The world has changed, so with that in mind, let me preface by saying that all future writing about new and future beers being released will all be available via to-go, curbside pickup or delivery methods, and by breweries practicing social distancing best practices.

You never know where the story of beer will take you. I saw a social post about a beer Alpha Brewing had released on April 1st. Although I’m a few days late, I thought the beer sounded interesting enough to learn more. I reached out to owner/head brewer Derrick Langeneckert to find out. I learned about the beer of course, but also about a new grapefruit-flavor vodka liqueur, made right here in St. Louis.

“This wasn’t the first time I encountered this really cool liqueur but it was great to meet Jared,” said Langeeneckert. “He’s a homegrown guy and he’s a one-man show.  He developed the recipe for Zambu himself.  I really love a good story like that and thought we could do a cool partnership with him on something.”

That something became Zambu Brew, a light blond ale.

The artist is Melvin Ide, a personal friend of Langeneckert and does a bunch of labels for Alpha Brewing. The label is an image of The Great Zambu, a washed-up wrestler who is featured in their April Fools Day commercial.

“There’s a lot of action going on in the label,” said Langeneckert. “Our bar manager, Amber Hoskins, created the concept of The Great Zambu.  We toss around a bunch of ideas for the name, Swingle Tingle, Zambrew, but finally landed on Zambu Brew.”

Where to find Zambu Brew

Alpha is offering Zambu Brew in 4-packs for $13 and you can pick up the beer curbside. 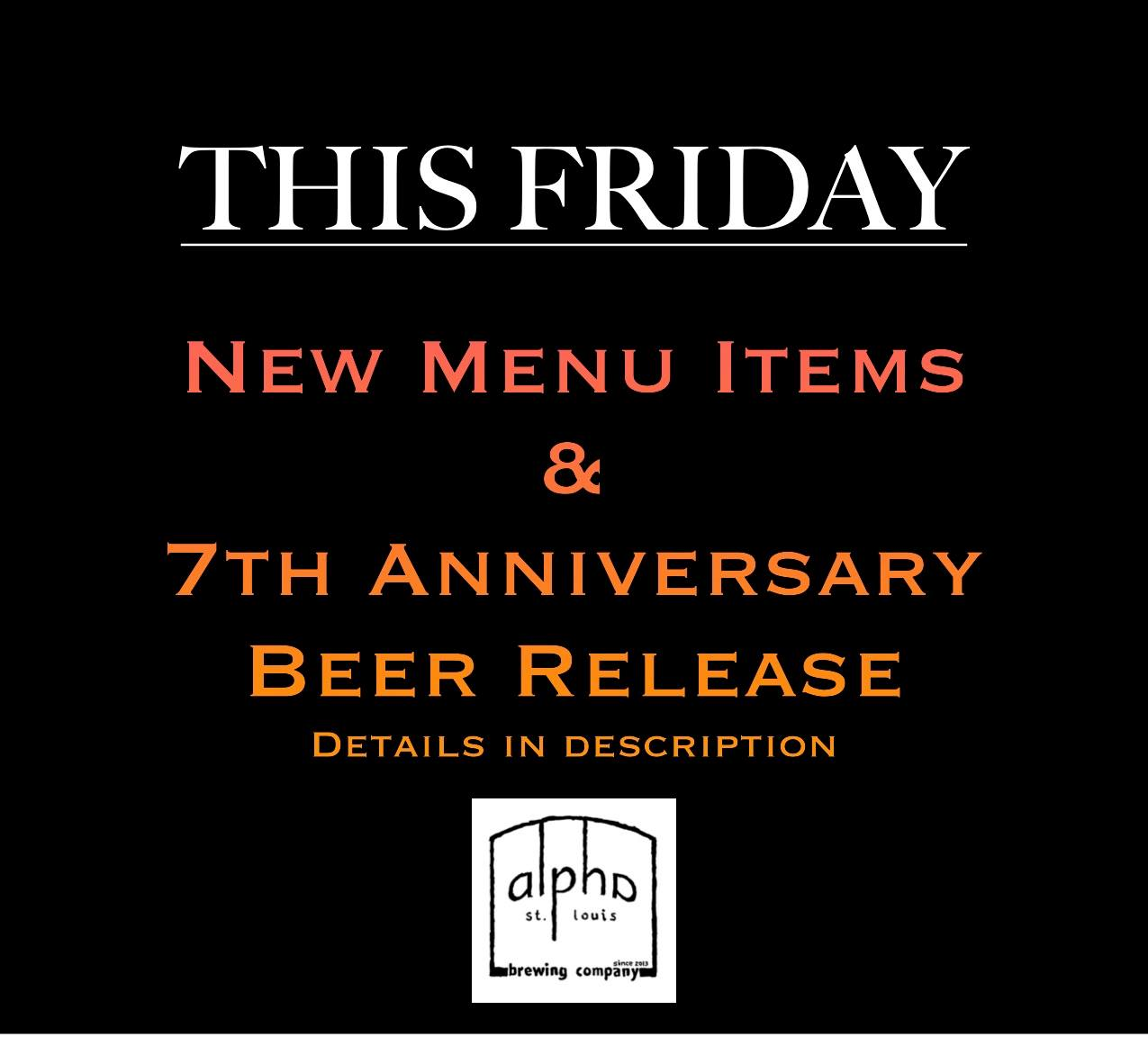 There are two more beers to tell you about. Alpha is releasing their long-awaited 7th Anniversary beers on Friday, April 10.

Cultured 7th Anniversary Edition Sour Blonde Ale was pulled from the same foeder as Rouge, aged for 18 months, they pulled the beer to bottle conditions and settled it earlier this year. It’ll have you drinking with your pinky out as the bright sour flavors from our house blend of yeast curl your toes in delight.

Pre-Order at this Link here 👉🏼 https://www.eventbrite.com/e/alphas-anniversary-beer-packag…