Drink 314 has joined forces with DrinkMoBeer.com to bring you a new weekly feature we’re calling Your STL 6er, which will feature six local or regional beers that we are recommending you try this week.  Chris, Tim and Andrew are all craft beer nuts and present an “everyone’s” opinion on the beers they find and tryout.  We hope you enjoy their reviews. 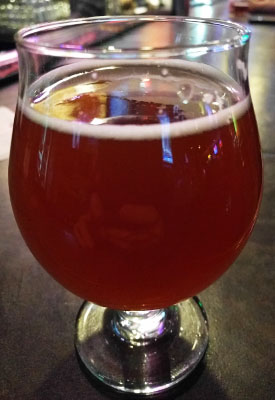 drinkMObeer COMMENTS (Andrew): And I though George Clinton had all da’ funk! A damn refreshing brew, this wild fermented ale pours a beautiful dark gold with good clarity and a fine white head. The first wiff delivers that “holy crap, this is gonna’ be sour” message loud an clear, and the taste delivers! With a good pucker and a great citrusy and piney hints thanks to the mosaic addition this is a freakin’ refreshing beer that makes me think of summer on this cold winter day. BREWERY COMMENTS: Art of Neurosis is the first beer I made at the brewery. It is a hop sandwich brewed with Simoce & Columbus hops, which are the greatest thing in the world besides a good smack in the face.

drinkMObeer COMMENTS (Chris): Another beaut from 2nd Shift. Art of Neurosis pours a hazy orange with a thick slightly off white head. Like most 2nd Shift brews I could spend a while enjoying the aroma of the beer. The aroma is full of dank fruitiness, peachy, citrus, piney hops. The taste is wondrous…fruity, malty with a big bitter finish. The bitterness lingers for a while, but not in a bad way. Very solid IPA. Prost! 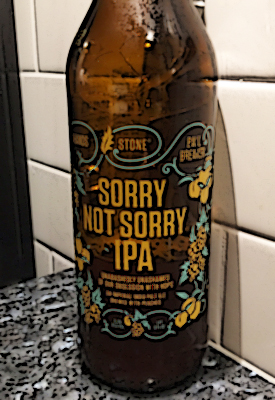 BREWERY COMMENTS: We make no apologies for the fact that we love brewing bold, flavorful, hop-centric beers. Naturally, we welcomed the opportunity to work with two amazing craft breweries that share our lupulin-fueled dedication: St. Louis-based 4 Hands Brewing Co., known for its innovative IPAs; and Bale Breaker Brewing Co., whose owners’ family has farmed hops in Washington’s Yakima Valley for generations. Since theirs was the first hop farm to commercially grow the beloved Simcoe variety, using that piney, stone fruit-like hop was a must. Puréed peaches upped the fruit factor, while experimental hops HBC 342 and HBC 344 introduced notes of stone fruit, tropical fruit, berries and citrus to this IPA. Yes, we made another IPA. We concede it’s not surprising, but we are who we are: an unapologetic band of hopheads psyched to explore the ever-expanding IPA universe..

drinkMObeer COMMENTS (Tim): I wouldn’t expect anything less from a collaboration involving these 3 breweries and of course they delivered their usual hoppy goodness they are known for. Certainly a fruity style IPA in a full body double IPA. Here’s to hoping they make this an annual beer release. 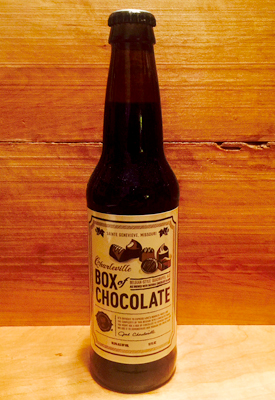 BREWERY COMMENTS: Formerly known as Charleville Double Chocolate Belgian Quad. It’s difficult to express love’s nuances much like the complexity of this Belgian style chocolate quad. You might use a box of chocolate to express your love; we use it to demonstrate our passion for great beer.

drinkMObeer COMMENTS (Chris): What better day than Valentine’s Day to drink a Box of Chocolate by Charleville? It pours a dark brown with a light tan head. The aroma is super chocolatey, hints of vanilla, sweet. Taste is sweet, chocolate milky, vanilla, maybe some coconut, with a subtle boozy finish. With all of the chocolate flavor the mouthfeel is thinner than I was expecting, but not in a bad way. Drinks really smooth for a 10.5% beer. Unlike a “normal” box of chocolates that you might snack on 2 or 3 to see which one is filled with caramel or cherries…you snack on 2 or 3 of these bad boys you could be in for a long night. So practice moderation and as always, Prost! 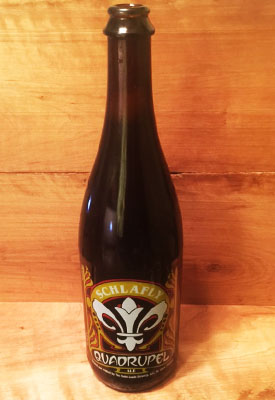 BREWERY COMMENTS: Schlafly Quadrupel is, as its name implies, a serious beer. But don’t be intimidated. This fourth beer in our bottle-conditioned Belgian-style beer series has a rich, malty backbone that is generously balanced by select, fresh hops to create a luscious, smooth character. Sharing it with friends enhances the enjoyment, whether in front in front of a roaring fire or at the finest dinner party. Quadrupel will be available year-round, but in limited quantities, with the initial batch being 150 cases.

drinkMObeer COMMENTS (Group Drink): Timmy grabbed this brew that we’d all assumed we’d had… but apparently not within the untappd era. Schlafly’s quad pours a hazy dark amber and offers some awesome stone and dried fruit notes as well as slight booziness and a slight red wine scent. The flavor matches the scent with great dark cherry, plum and coffee notes followed by good malty sweetness leading into red wine, oaky notes and finishing dry, sweet and with a decent booziness. 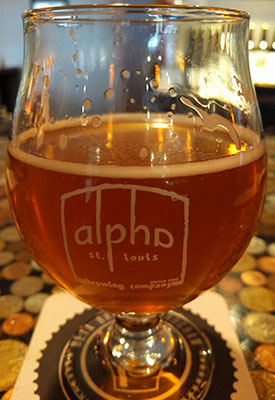 BREWERY COMMENTS: This complex saison was brewed with Chardonnay wine yeast, aged in Pisoni Winery Rosé barrels for 7 months. Compare this deliciously fruity beer alongside a “wine back”.

In a society where business can be cut throat and competition is fueled by profits, it is a breath of real fresh air to know there is one world where competition breeds friendships and respect, […]