I had a heart attack.

Now, the reasons are personal and I’m not someone who is going to preach to you about watching your salt, your carbs, and your sugar. You do what you want. But, I love drinking. I love drinking beer, whiskey, other spirits so in order to do so and drink the kinds of beer I want to drink, I’m going to have to make some smarter decisions.

Increased focus on health and wellness

These are words I never thought I’d write, but in doing so I recognize that there is an entire population of consumers, particularly millennials, who are more health-conscious, and they’re willing to try new, healthier alternatives to traditional hard drinks. No one wants to count calories when thinking of what beer to order at Food Truck Friday, but that is new realty for me, and millions of others. The lower calorie, sugar and alcohol content of hard seltzer has been surging in popularity with consumers. New hard seltzers or sparkling beverage products are being offered by brands ranging from bottled water to beer, and now one of St. Louis’ premier breweries is getting wet, and offering us another new choice. 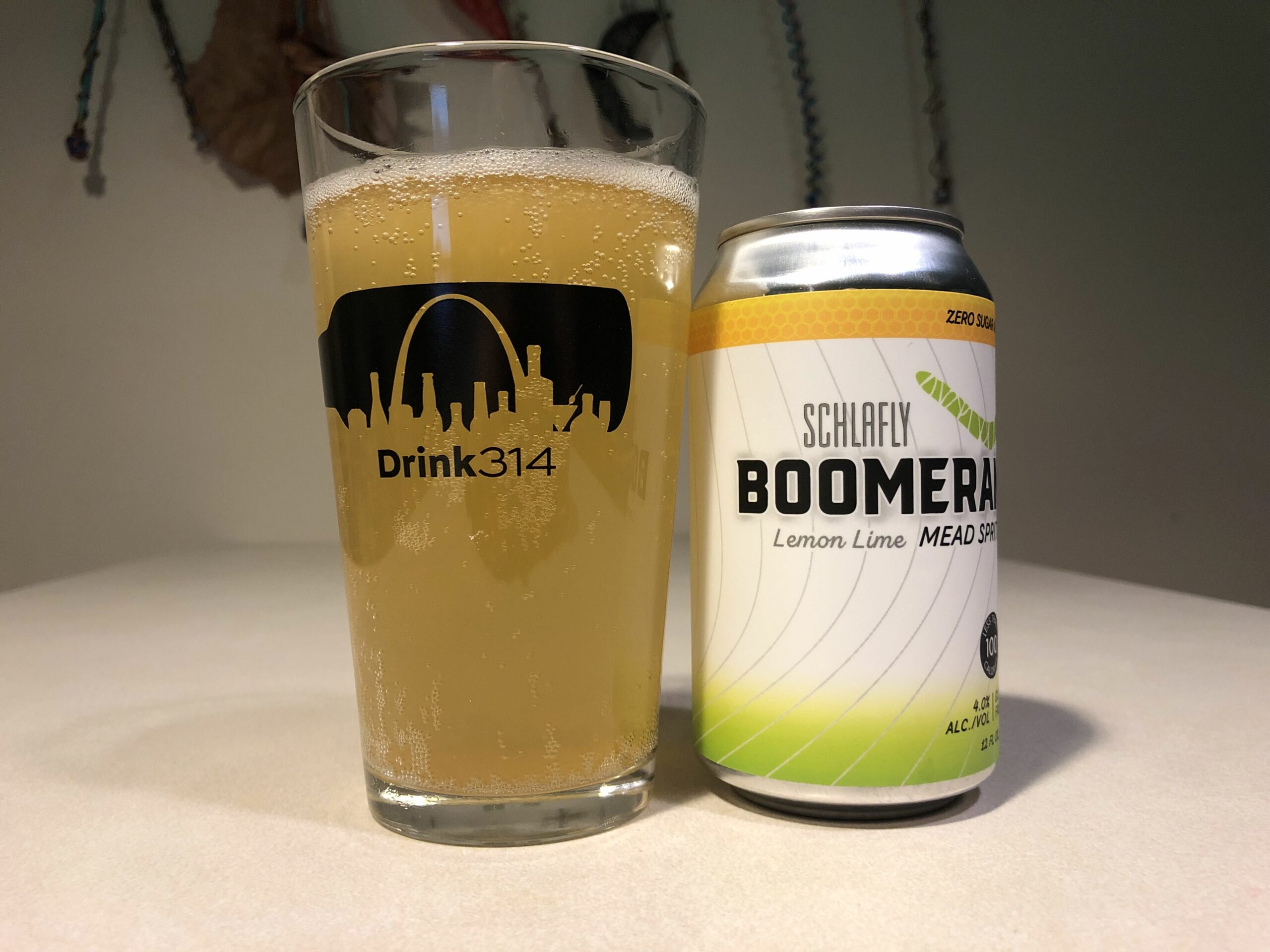 Schlafly Beer, is releasing Boomerang, a line of mead spritzers in 12-ounce cans.

Boomerang will be the first mead spritzer in St. Louis. Boomerang will launch with a lemon-lime flavor (with others in the works) on Friday, December 6. It will be available in 6-packs cans across Schlafly’s distribution.

“As we watched this latest trend in consumer tastes quickly grow in the industry, we asked ourselves is this something we wanted to pursue, and if so, how can we craft a spritzer that feels authentic to our Schlafly brewing team. We believe that we’ve achieved that with the Boomerang mead spritzer,” says Lead Brewer Jared Williamson.

Mead is the oldest alcoholic beverage, steeped in tradition and made from fermented honey and water.

Schlafly stays true to their commitment to quality and process standards with the fermentation of the mead at the Schlafly Bottleworks. While mead is traditionally high in alcohol, Schlafly brewers take a modern approach to mead by dialing in a formula that utilizes more water than the ancient recipe yet still allows for natural fermentation.

The result is an all-natural, effervescent drink with a crisp finish that’s both low calorie and low carb. Boomerang is also gluten-free with only 4% ABV, three grams of carbs, and no artificial flavors in addition to being only 90 calories with zero added sugar. 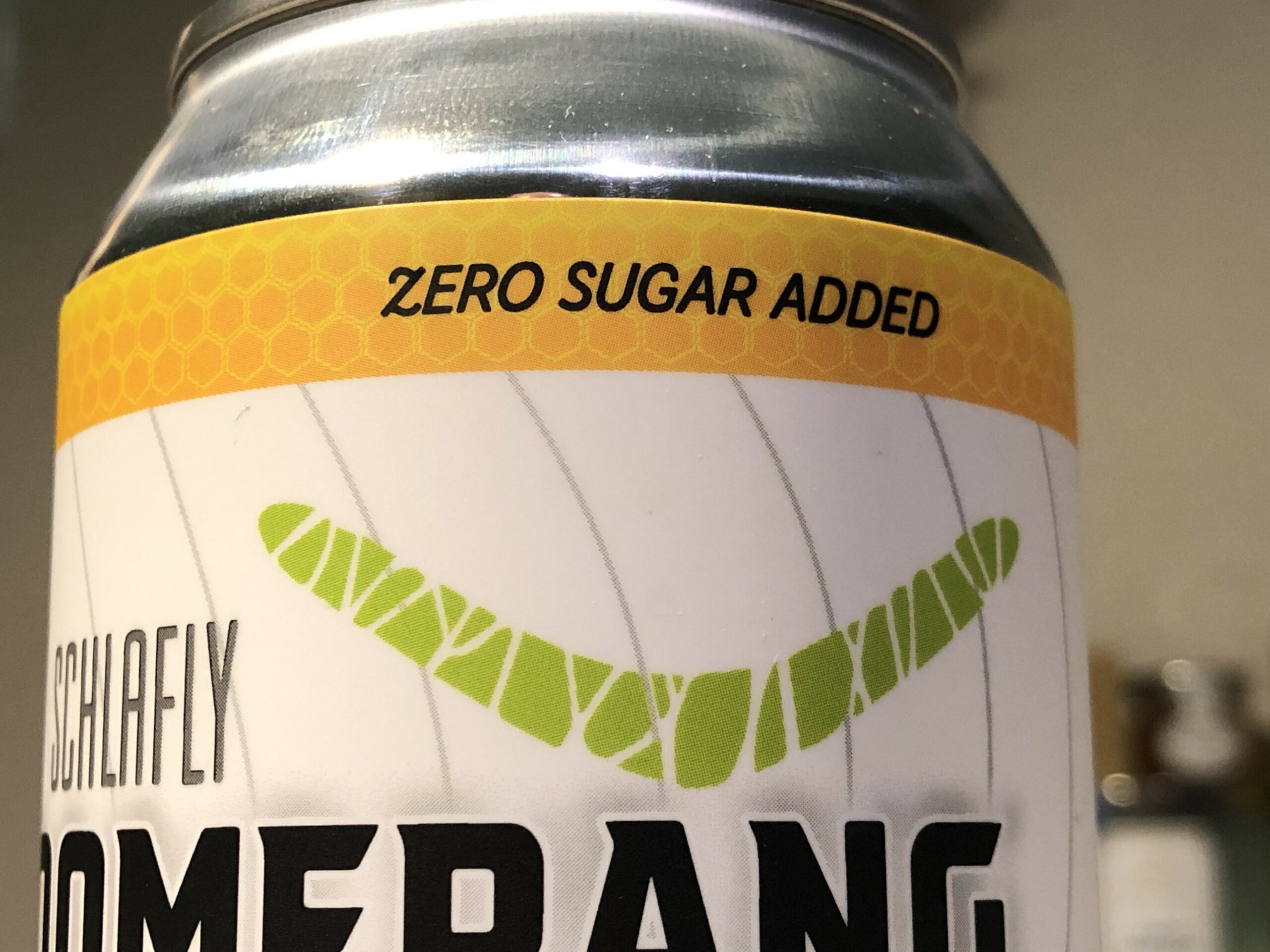 Low Cal, Low Sugar Is Here, Get Used To It

The emergence of products like Boomerang echoes the start of the craft beer movement.

Consumers realized that there were better beer choices available that took into consideration the care and quality of the brewing process. As the first craft brewery in St. Louis, Schlafly Beer remembers that shift in consumer taste.

Now, the Schlafly brewers are showing how to apply that same sensibility to the hard seltzer category.

“We’ve experimented in various traditional meads in the past, but this is a whole new take on what mead can be, taking one of the oldest fermented beverages in human history and using that as a lower ABV base for this very modern spritzer,” says Williamson. “We hear guests requesting gluten-free options and asking about the calorie count on beers, and we have to listen to that. Boomerang is our way to answer those consumers’ questions, and also offer them a product that they can feel good about – a local, all-natural crafted spritzer that tastes delicious.”

Boomerang will be the first new release from Schlafly Beer in 2020, and it is the first new year-round product to be packaged only in cans by the brewery.

For the beer lover, Boomerang will remind you of a Radler. It pours an opaque light yellow-orange and gives you a burst of citrus on the nose. It’s well carbonated, but not over-carbonated, and is extremely guzzleable. The flavor is as advertised, lemon-lime. Unlike a beer, where the flavor is usually omnipresent, seltzers are different. They are not fruit soda, so be ready for a more relaxed flavoring. It’s a subtle lemon-lime flavor with a bit of an acidity kick at the end. For the calories and the zero sugar, it will become the staple of many a beer fridge, where the owner has to find that balance of calories, sugar and carbs, to make the rest of our craft beer imbibing make more sense.