Two former home brewers are showing what a strong dose of entrepreneurial spirit, a lot of guts, a bit of luck and the love and support of family and friends can do – turn your dreams into reality. Dan Tripp and Matt Fair, the owners of Good News Brewing Company, the first brewpub in O’Fallon, are living that dream and building an empire based on faith, drink, and well, good news, in St. Charles County.

In the space of just two years, Tripp, Fair, and head brewer Josh Miller have built one success on top another, growing their off-the-beaten-path brewhouse to include a nearby coffee house and now a second brewery and event space in Defiance.

In 2003, Dan Tripp caught the homebrewing bug with a lot of self-admitted failures along the way. But there were enough successes that Tripp knew brewing would define him, leading him to build an electric brewing system in his basement. He and some friends turned out some decent beers, but more importantly, he enjoyed himself, and the seed of an idea to open a brewery was planted.

Around the same time, Fair also began homebrewing, so when the two met at a bible study in early 2014, homebrewing was a commonality. They discussed brewing whole grain beers in Tripp’s basement, and from there, their partnership began.

After meeting Miller and including him in their brewing, their bible study group began looking at a book called “Flesh” by Hugh Halter. The book is about forming a community and how to “share good news.” The trio combined this lesson with their love of beer to create an event, with the intention of creating a positive experience for everyone.

“Once a month we hosted a monthly beer night, inviting friends, family, and non-church goers to party and brew with us,” said Tripp. “We would always brew an extra five gallons to give away and share. We would share good news, stories, laughs, and beer.”

The response to their beer was overwhelming, nurturing that idea to one day open their own brewery. The name, Good News Brewing, came from a rough week in Miller’s life, when he told his brewing buddies “I could use some good news today.” As Tripp puts it, the “lightbulb went off. It symbolized what we were about, and is really what folks love – Good News!” 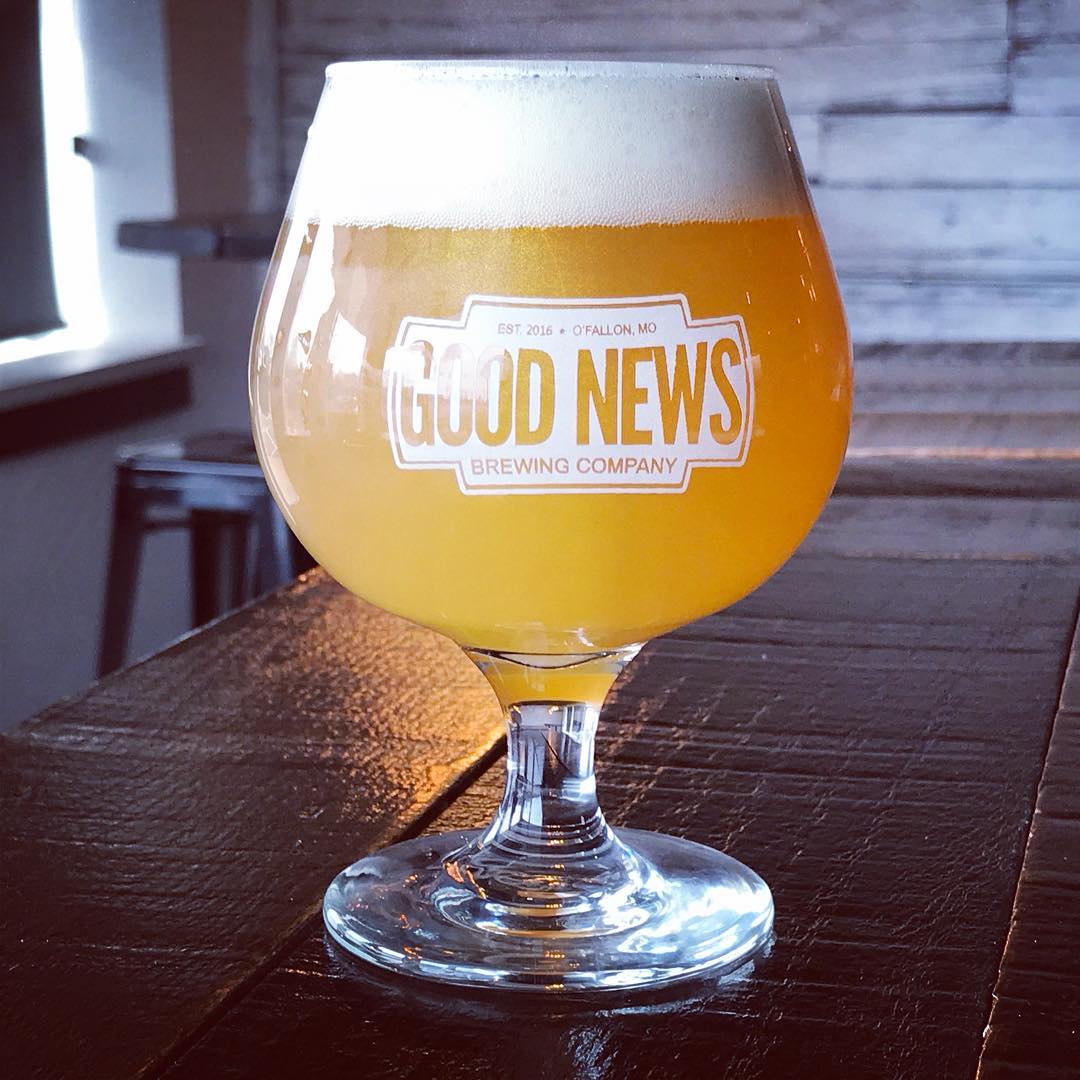 The immediate reaction was overwhelming. People really took to their beer, providing them with great feedback and an explosion of interest on social media.

“We are very much off the beaten path and became a destination for craft beer fans. When people in the area realized we were located in the old Pat Keys’ ice cream store, people really started finding us,” said Tripp. 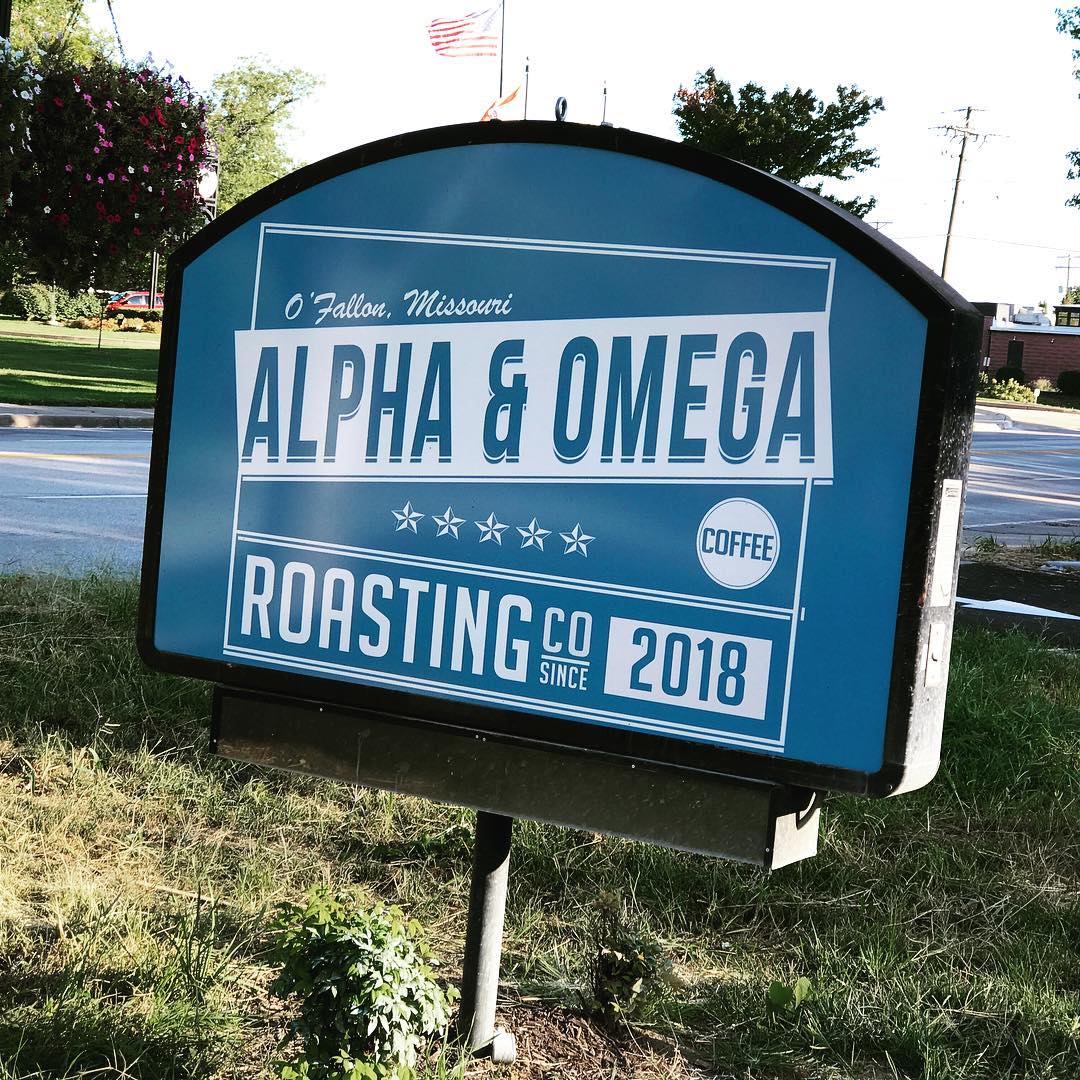 One of Good News Brewing’s most popular beers, Hazelnut Coffee Milk Stout, would eventually provide Tripp and Fair, the inspiration to expand. Matt wanted to make a hazelnut coffee milk stout, but Dan, who also is a home coffee roaster did not think it was a good coffee flavor. Matt brewed it anyway, and after one taste, Tripp changed his mind. Customer response to this new brew helped influence their decision to open a coffee house.

With the idea that customers could begin and end their day with Good News, the Alpha and Omega Roasting Company officially opened its doors in the fall of 2018. Located inside a midcentury home in O’Fallon, they roast their own Cameroon coffee beans in a light, medium, and dark roast for everything from their coffee based beers to drip coffees, lattes, and espresso. 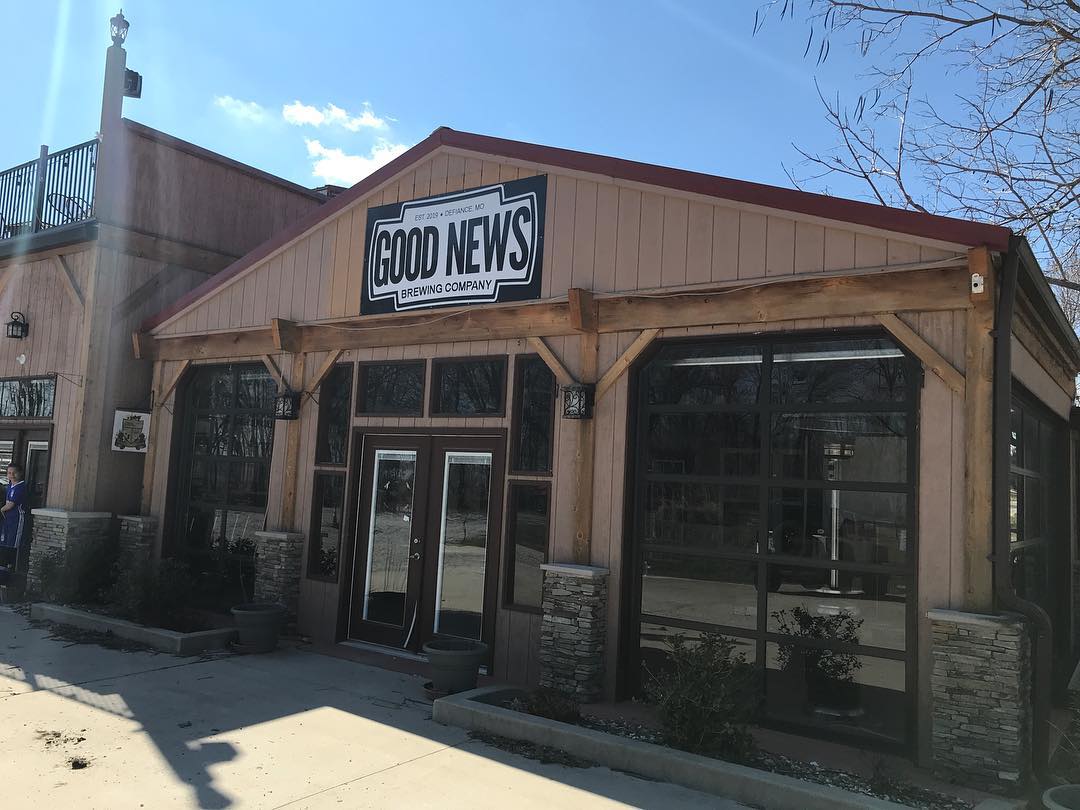 One might think that a new craft brewery and a new craft coffee house would be enough, but not when there is so much “Good News” to share. Tripp and Fair have always been fascinated with the vibe and environs of area wineries and wished to recreate them for their brewery. But instead of changing their original brewery, they decided to open a second.

This spring, Good News Brewing opened a second location in Defiance – right in the heart of Historic Missouri Wine Country (inside the former Trail Smokehouse). Their new brewery has a seven-barrel brewing system, an event space that can accommodate up to 300 guests, along with their Good News beer, pizza, and Alpha and Omega Coffee. So next time you’re in Historic Missouri Wine Country be sure to stop in and get up-to-date on all the good news they have to share.

Good News Brewing’s rapid growth success comes from the original idea of creating a friendly community, where everyone is welcomed with open arms. Look for Good News Brewing to continue to support athletic causes in and around St. Charles County, including local runs and bike rides.

Good news to report for fans of the O’Fallon, Missouri brewing empire, known for just that – Good News. Good News Brewing is among the fastest-growing brewing companies in our area. I first caught up […]