Actually, they’ve been open a few weeks now, but I like to give everyone some time to work out the kinks before I go blabbing all across the internet, that there is new and good beer to drink.

I first met the trio that is Twisted Roots at a gathering of the St. Louis Brewers Guild back in February.  There I reconnected with Kris Wanglin, whom I met previously when he was a brewer at 4204 Main Street Brewing Company. I learned quickly that it a mix of fate and good luck that brought Kris and two of his brewing mates, Corey Sanftleben and Adam Patterson together to become our town’s our newest brewing super trio.

The name Twisted Roots is perplexing.  The legend will go that Adam and Kris were sitting around drinking one day when after going through a good deal of beer, they realized they both loved the classic styles of beer and wished they could just focus on doing versions of those classics.  And like any business plan created while drinking beer, an idea was forged.

They realized those ‘classic’ styles of beer have gone a bit loveless in modern times. They also realized that at the end of the day, at their roots, they were crafters who wanted to brew and put their own ‘twist’ on those classics.  No kidding, that’s how they came up with the name.

After several years of working the business side of brewing, the guys of Twisted Roots were all looking for a way to get back to what they really loved doing, brewing beer and having fun doing it. When Pappos Brewing pulled out of their Midcity location, the fire was lit and Twisted Roots became reality. 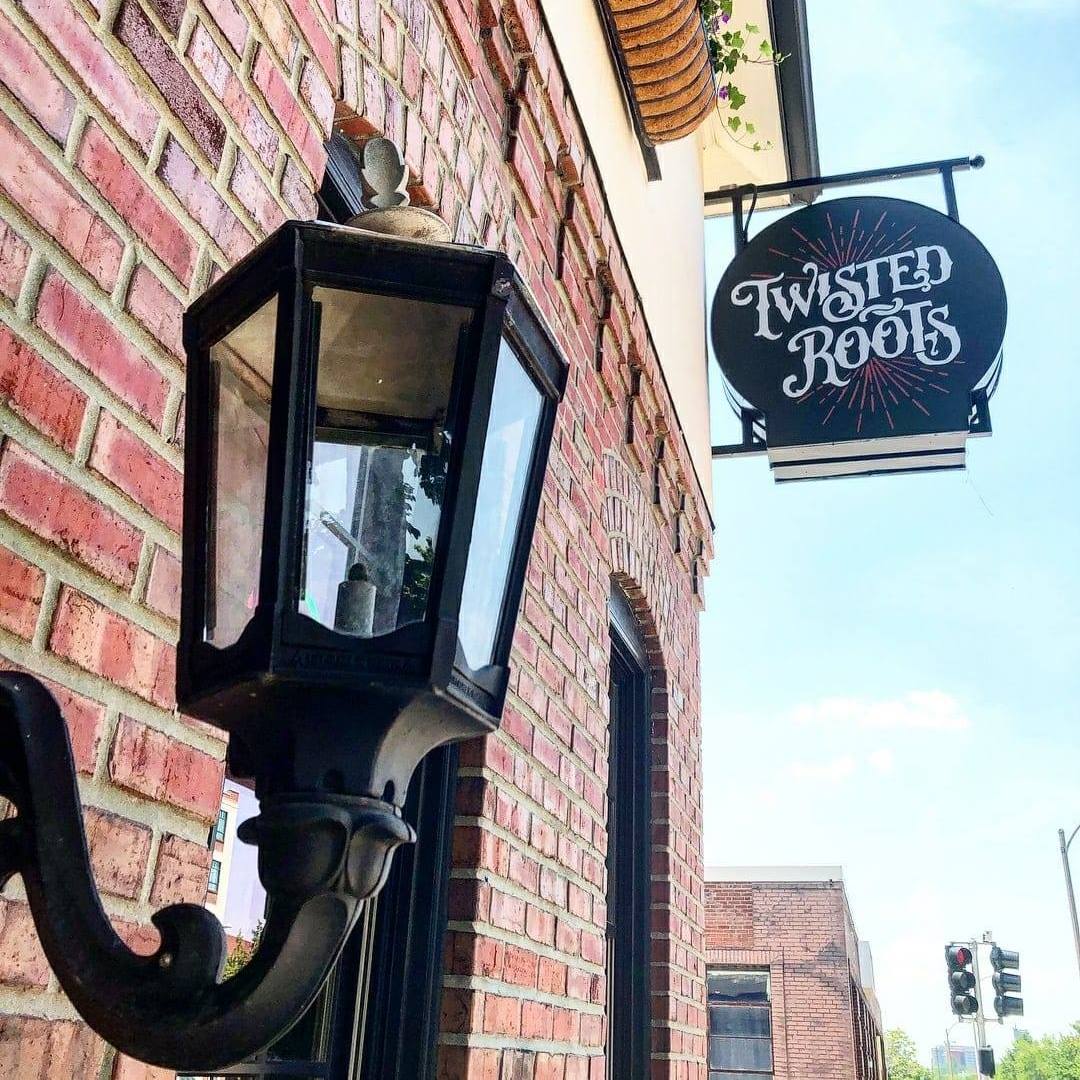 Inside and outside the bar that makes their own beer

The first thing you’ll want to notice before you enter is the original gas lanterns that adorn the building on either side of the door. The lanterns have been in place since the building’s original occupant, Falstaff Brewing, conducted business on the site.

Inside, you’ll be welcomed by a 28-foot long copper bar that was originally installed by the building’s second brewing company, Sixth Row.  The main room seats about 60, with another 35 to 40 welcome in the upstairs area. And coming this Fall, a planned patio deck will be open and ready for Twisted Roots’ first cool weather beer season.

Behind the bar will be 14 total taps, 9 will be standard, 3 are nitro and 2 high gravity taps, which will bring in cellar temperature brew.  This is important. When a beer is described as high-gravity, it means it has a higher ABV, so when you serve them you want them to be served at the correct temperature. A high gravity beer served too cold will lose its flavor. 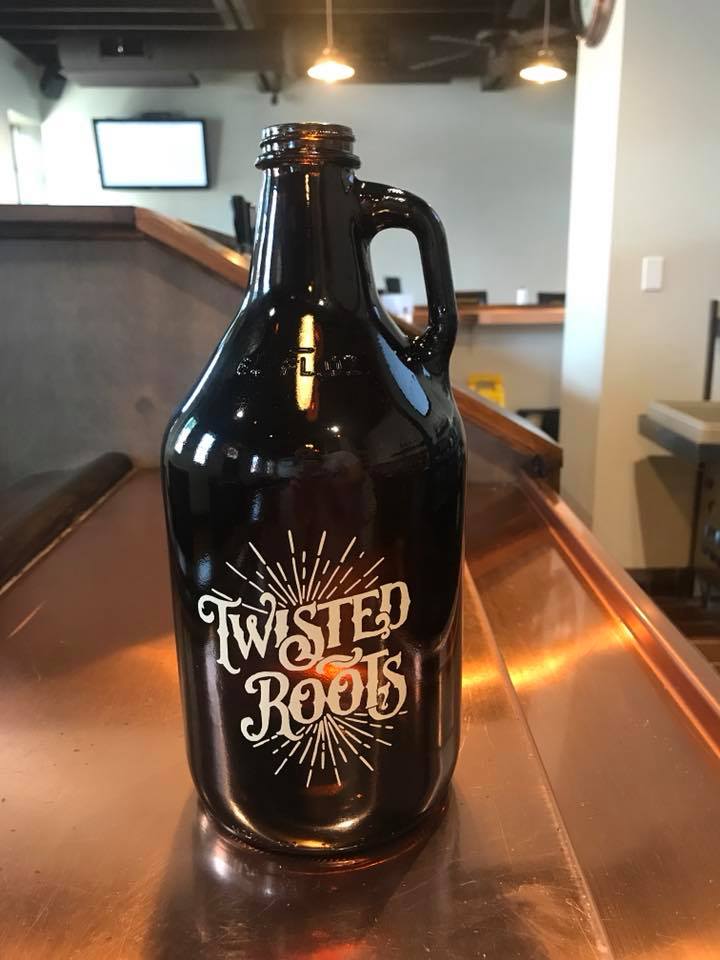 Their brewing philosophy is quite simple – they are concerned only with making their next batch of beer. They will be far less concerned about awards, but rather brewing beer that people want to drink, not judge. They won’t be too concerned about trends or how their beer is reviewed. Instead, they’ll know if a beer is a winner or not, simply by engaging their customers and letting them tell them what they want or don’t want.

While the love the classics, no style of beer is off limits, but they will begin with 2 core beers that we can expect nearly year round.  Cannokie, a classic lager that is true to style, but with a twist. Cannokie is not adjunct heavy, meaning it uses non-traditional, non-brewing grains.

Kingsman is an ESB, or English Strong Bitter beer. Velvety balance in a glass. It is a nitro beer. It should never be over hoppy or malty. It should never swing one way to another. Should be a perfect balance. Is actually fairly bitter in IBU at 32, but it doesn’t go down that way.

Like any good bar, food is part of the experience, and Twisted Roots welcomes you to try their full menu.

I predict, eventually, we will regard Twisted Roots as a bar first and foremost, who just happen to make their own beer. They won’t be gimmicky, but rather true to style. The will brewers who brew it their way, but never the easy way.

I first met the trio that is Twisted Roots at a gathering of the St. Louis Brewers Guild back in February.  There I reconnected with Kris Wanglin, whom I met previously when he was a […]