If you’re a fan of The Modern Brewery, then here’s some news for you. The brewery is releasing 2 new beers this week.

Ever since my first sip of Disco Punch in August of 2019, I’ve been really enjoying The Modern Brewery’s sour kettle releases. Recently, I tried their Super Disco Smoothie, which used Disco Punch as its base to build a low ABV sour ale. 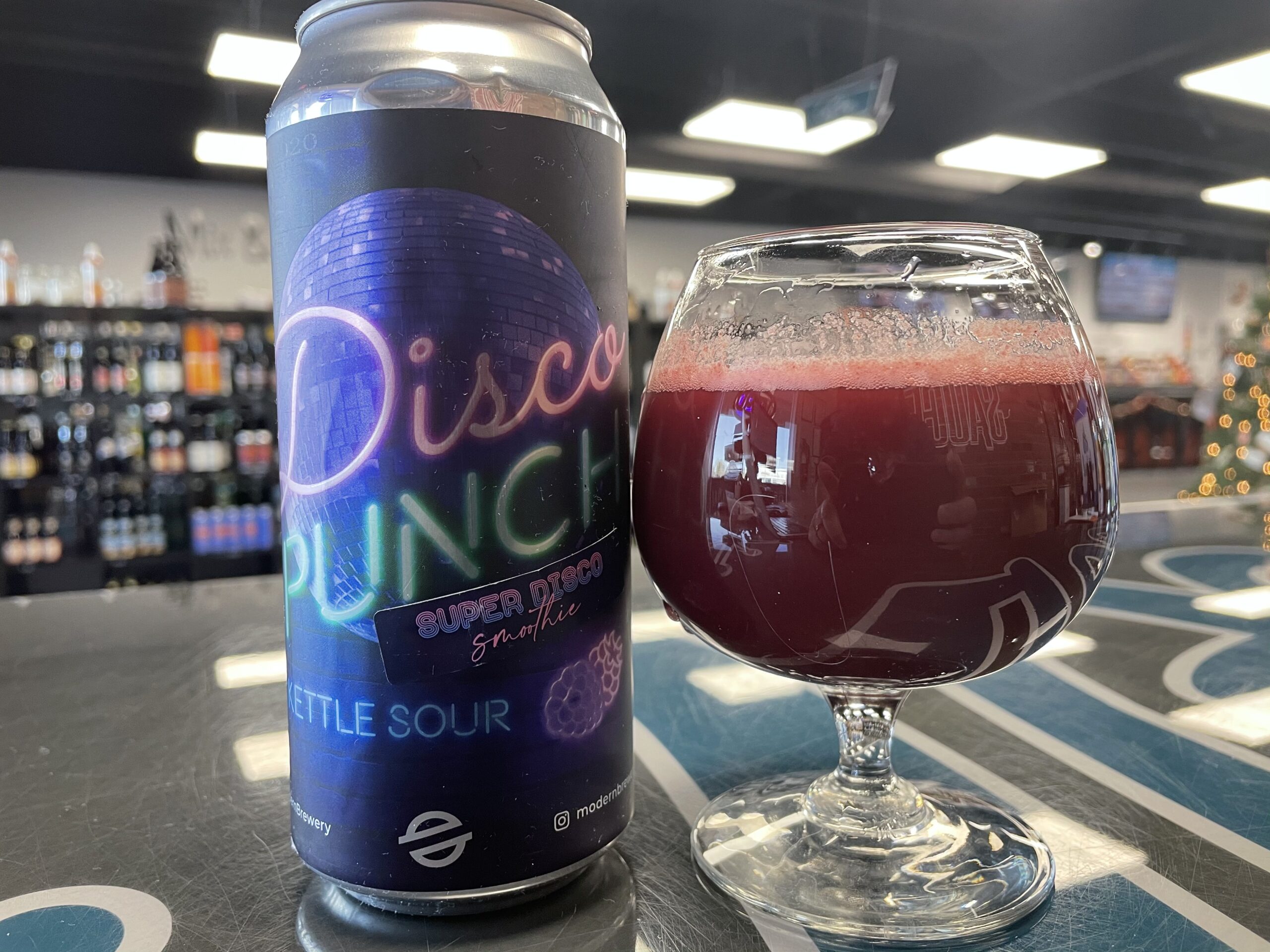 These smoothie sours are fun, and even come with instructions; 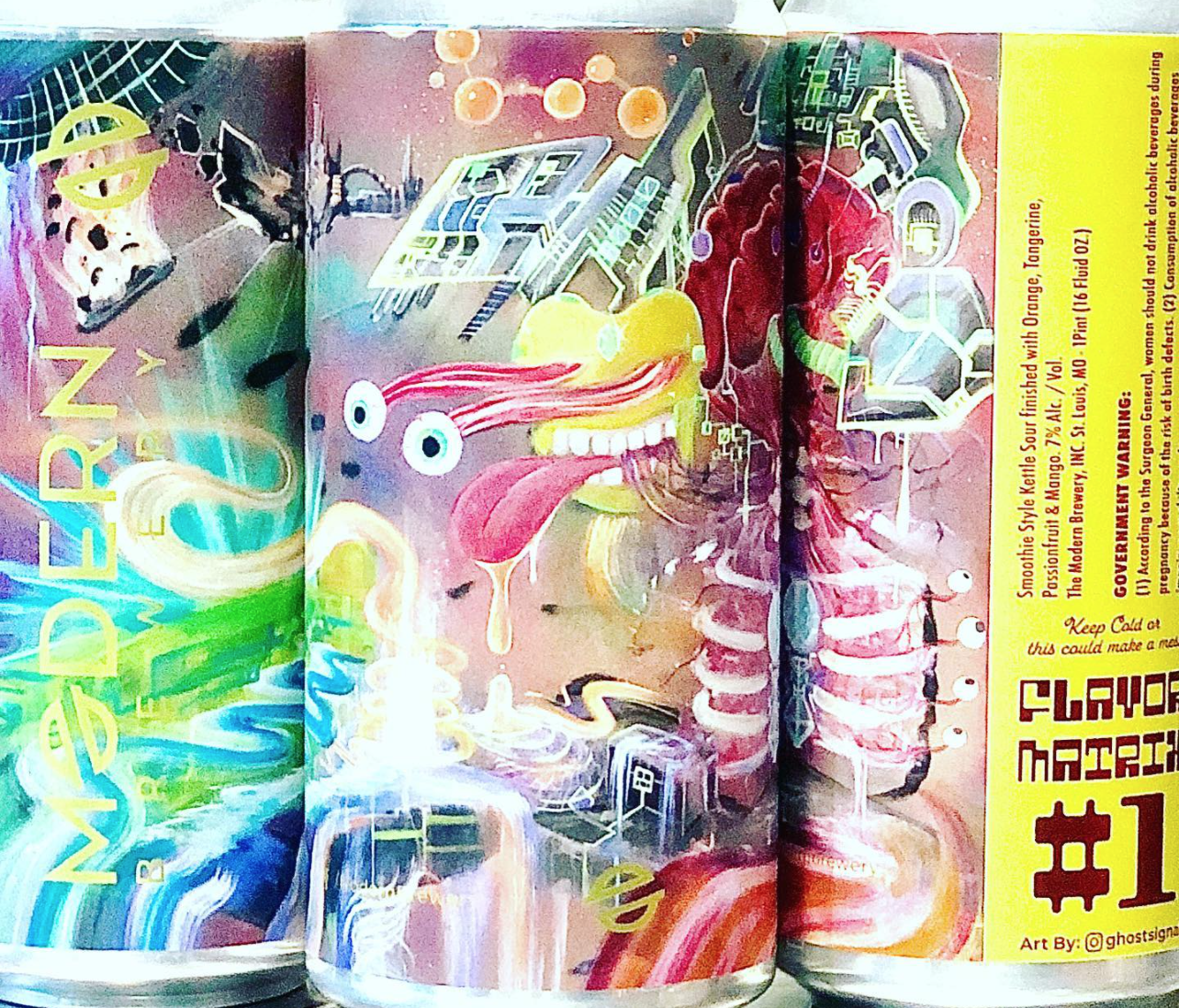 In announcing the release on social media, the brewery told its followers that when they first began concocting these “Smoothie Style” kettle sours, two things happened.

#1, you guys wanted a higher ABV. #2, we got a shoutout on Instagram from an uber talented and creative artist from Cape Girardeau, @ghostsignals …

When the brewery checked out the artwork of Ghost Signals, they were very impressed. So, they decided to get together and create a new, higher ABV smoothie style sour and a new label.

On the label of Flavor Matrix #1 is a piece called “Dissonance Disarray.”

It kind of encapsulates the idea of what goes on in your brain when consuming a “Smoothie Style” Kettle Sour for the first time. Bright. Bright Colors. Your brain tells your mouth to salivate. Your eyes pop out. You are transported to another place. It’s kind of like entering the #matrix for the first time (which is “quasi” presented in this piece… kind of, at least we think so…).

At 7% ABV, this beer is much bigger than the first releases and is finished with Cara Cara orange, tangerine, passion fruit, and mango. And as previously, the brewery suggests you “Keep Cold, Drink Fresh, or this could make a mess.”

Also to be released is Morning Blend #1 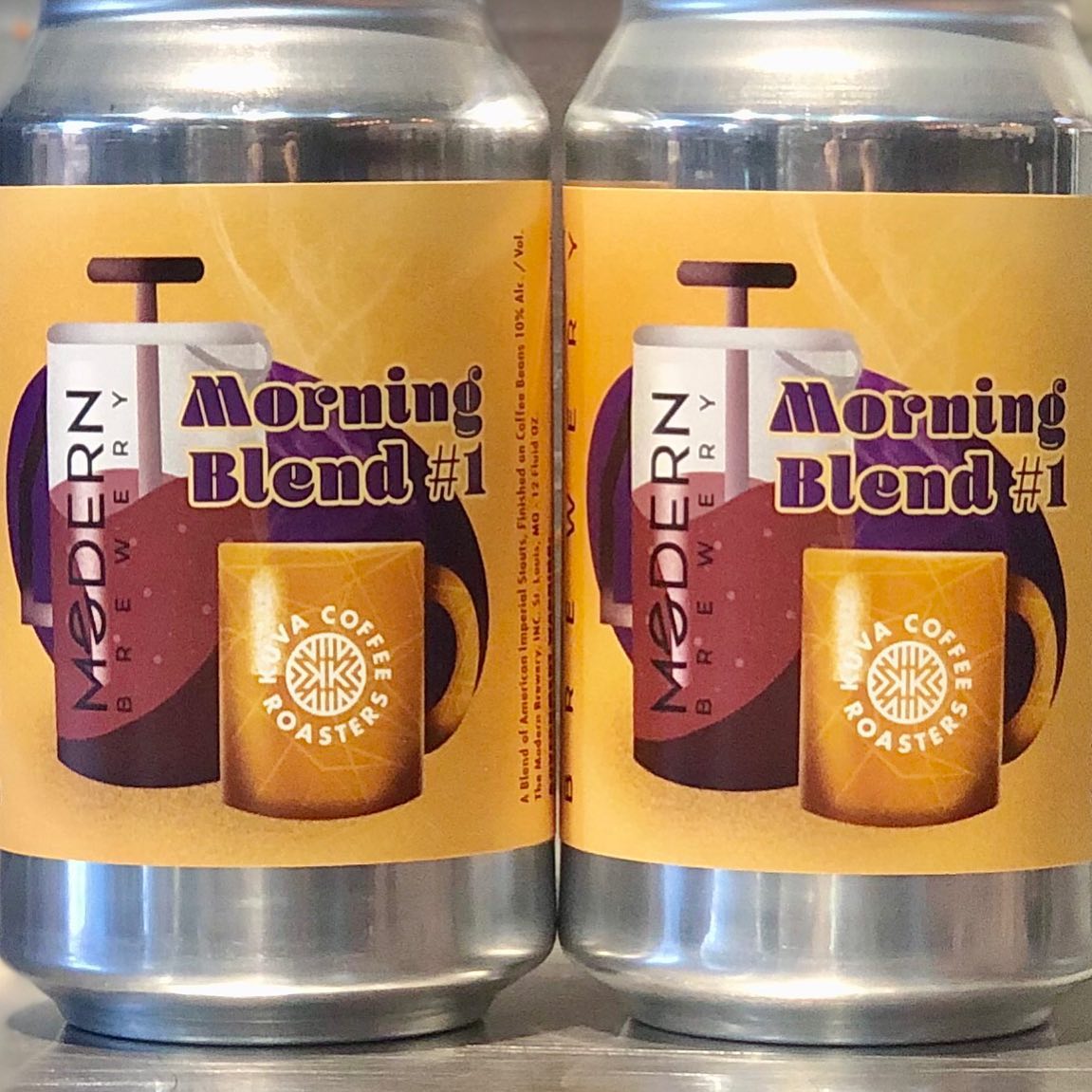 According to the brewery, Morning Blend #1 is a blend of some of their favorite stouts, finished on Kuva Coffee’s “Rwanda Single Origin” beans. “We wanted to showcase how using a judicious amount of coffee can take a stout to the next level as an ingredient, without being an overpowering coffee bomb,” wrote the brewery on social media.

Brewers took the roasted coffee beans, gently cracked them up, and blended with the base stout. The end result is a slight coffee roast flavor and aroma that folds in the chocolate notes and cuts through some of the chewy thickness. Also a big beer, Morning Blend #1 stands in at 10% ABV.
Morning Blend #1 is sold in 4pks of 12oz. Cans – $18, in a “Combo Pack” (4pk. + Kuva Rwanda Single Origin Bag) – $30. You can order online for pick-up.

Winter favorite Coffee Stout is back in 16oz. cans

Winter 2018, I wrote that I was growing weary of bourbon barreled stouts. I went as far as to say that I was going to not only take a break from them but stouts in […]

The story behind Perennial’s House Clouds and its hazy variants

In the last 3-years, no beer category has made me happier than that of New England Style IPA. I went all in that the “trend” would not die out, and I’ve been rewarded generously. Not […]