I first told you about Switchgrass Spirits, St. Louis’ newest distillery back in February of this year.

The Switchgrass story began back in 2017 when the distillery’s principals, Nick Columbo, Sarah Miller, and Head Distiller Pat Grosch, made their dream to create high-quality whiskey and brandy using regional labor and ingredients a reality. Jerry Seelbach later joined the team in 2019. Now, in 2020 after years of honing their skills, they are ready.

First Batch Bourbon is set to debut Friday, May 22 just in time for Memorial Day weekend.

The limited 600 bottle run was designed to give local bourbon lovers a taste of the experimenting
process a new distillery goes through. “Once we had our grain bill and processes figured out we began testing,” said Columbo. “We created 25, 500-gallon batches and worked through each one until we finally found the right mix.”

The difference-maker for Columbo and Grosch, was the hard decision to not use smaller barrels, which is very common among young, new distillers because it allows them to create their spirits faster. Larger, 53-gallon charred oak barrels are pretty much standard among larger distillers, but the maturation process take longer, as you might expect.

The Switchgrass bourbon recipe is grain forward and designed with a high wheat content. The high wheat level and the sweet mash process Switchgrass uses gives the 84 proof bourbon a smooth, yet flavorful finish while also complimenting the natural flavors found in charred oak barrels.

“I come from a beer background and I love the culture of limited releases in craft brewing,” said
Seelbach, Head of Sales and Marketing. 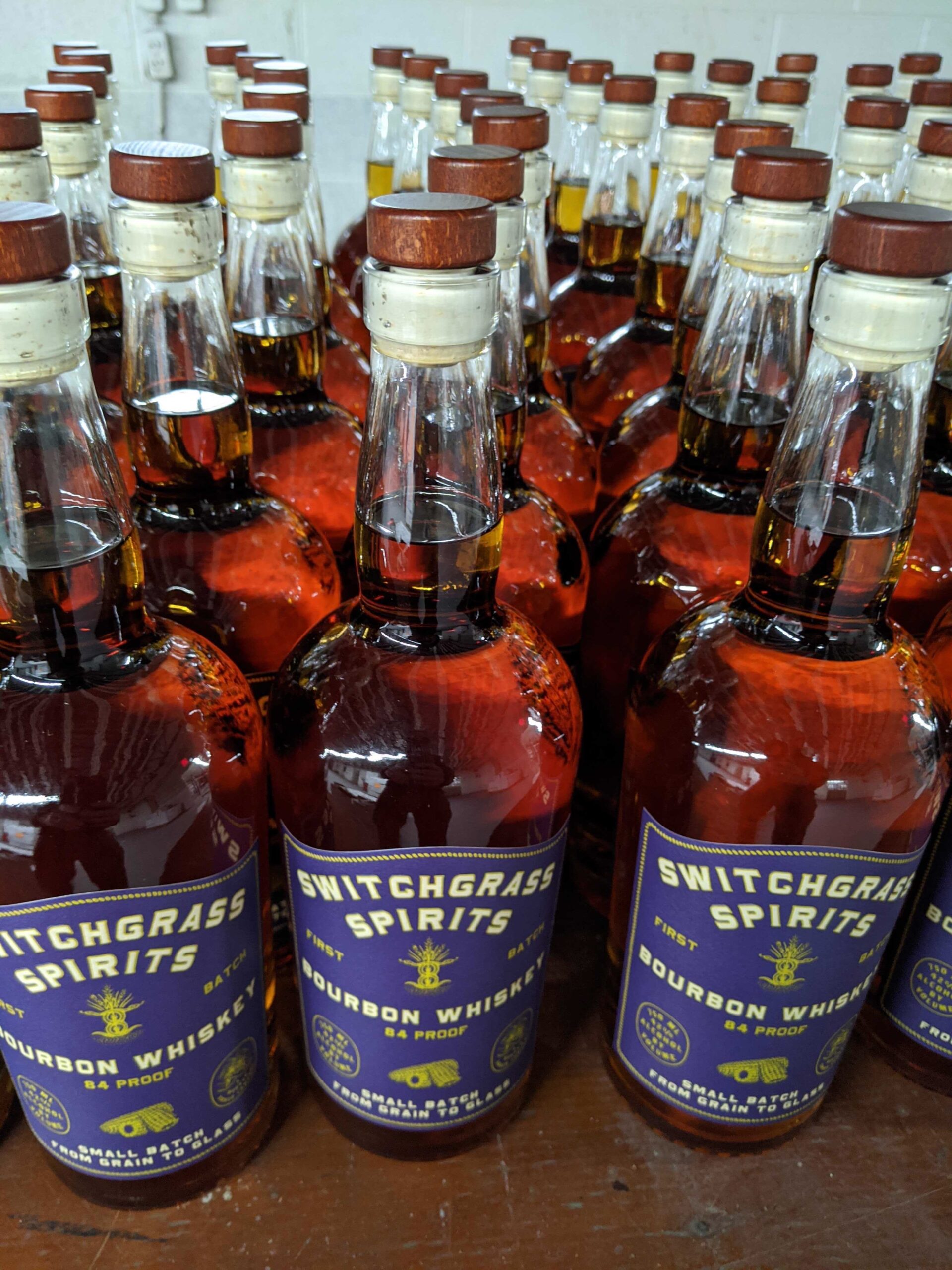 The original March 19 release date was canceled due to COVID19. Switchgrass initially halted all
production of alcohol and switched to making hand sanitizer in March. They also partnered with 8
breweries to make a Common Bond Single Malt project that has already raised $10,000 for out of
work service industry folks. Certificates are still available through local breweries.

As months passed, it became clear that a quick return to pre-COVID business was not coming
anytime soon. It was also clear that Saint Louis residents wanted to support local business and
manufacturing. Switchgrass decided to release their First Batch Bourbon without the usual tastings
and in person events and hope for the best.