Summer time in St. Louis means many things to many people.  Heat, humidity, hopefully, a pennant race and when it comes to beer, possibly a lager, pilsner or fruity IPA.  Those are the beers I think of during the summer months.  I tend to stay away from the heavier ABV porters and stouts. But the good thing about loving beer is that there are no rules, so who says I can’t enjoy a heavier beer during the dog days of summer.

Earlier this summer, during the St. Louis Craft Beer week, Charleville debuted their new Barrel Aged River City Stout, an imperial stout aged in Four Roses bourbon barrels.  The beer was served on tap, but now you can take it home.  This Sunday, September 3rd, Charleville will release all 288 bottles.

The story behind the River City Stout is pretty interesting. As you may or may not know, Charleville Vineyard & Microbrewery has been based in Ste. Genevieve, Missouri for years before expanding to St. Louis this summer.  One of their biggest supporters through the years has been the Schnucks store in Cape Girardeau, Missouri, which this year was celebrating its 40th anniversary.

Talks between the store and the brewery resulted in Schnucks helping to secure two Four Roses Bourbon barrels and then the fun began.  The resulting imperial stout sat in those barrels for about 9 months according to owner Tait Russell.  Right now several cases of the beer are en route to that Cape Girardeau Schnucks store where they will be sold exclusively for several weeks. 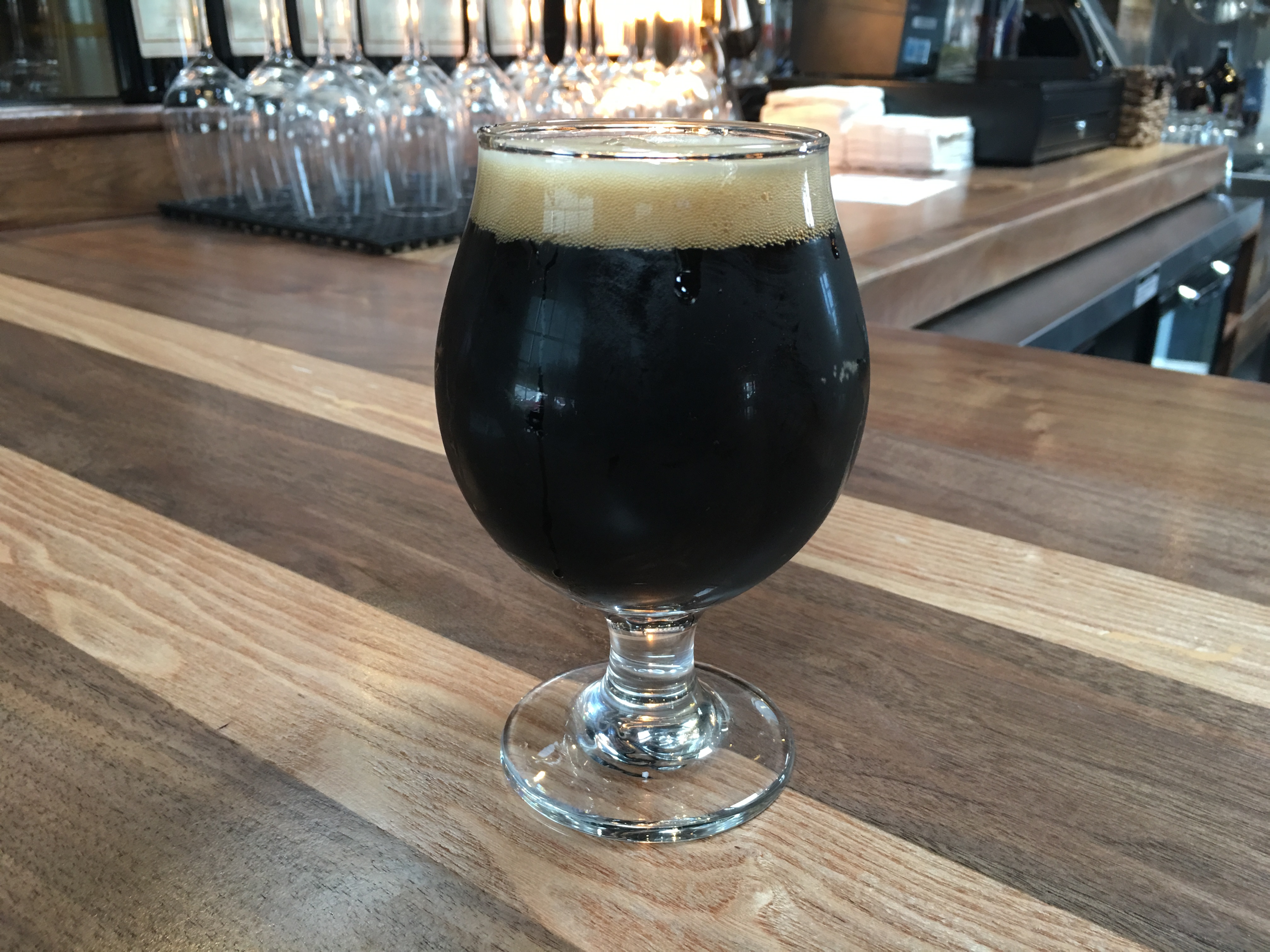 Here are my thoughts on this new beer that is ringing in at 11% ABV.

Carbonation & Head
Nice quarter inch head on the draft pour.  Good bubbles in the head and it lasted for several sips.

Aroma
Bourbon explodes on the nose, along with perhaps some coffee. I’m getting the barre oak perhaps. Woody.

Flavor
You’ll get a rich and velvety mouthfeel, combined with the solid carbonation that lasting. The Four Roses flavor is there in a pronounces way, but balanced with a robust coffee finish.

More beer coming on draft, in cans and in collab in 2018 for Charleville!

As we finish up another year of beer, it’s time to look ahead to what we’ll be pouring, sipping and loving in 2018.  I’ve reached out to a few of our town’s best brewers to […]

What we drank and ate at Charleville Brewing Co. and Tavern

Recently, I paid a second and third visit to what is now the closest craft brewery to my home, Charleville Brewing Company & Tavern located at 2101 Chouteau Avenue in St. Louis, MO. […]