Drinking beers outside never goes out of style.

And since the pandemic arrived, forcing me to work from home, I’ve also been spending most of my evenings outside on my patio, drinking beer and writing about beer. Which made me think, what makes the perfect backyard beer?

I did a quick perusal of my Untappd posts between March and June, and I have clearly favored styles from the wheat beer world.

What is a wheat beer

To be considered a wheat beer, a brewer’s mash should contain a significant quantity of wheat. Wheat beers typically contain 30 to 70 percent wheat malt. There are many different styles that can be called wheat beers, and all share certain characteristics.

Perhaps my favorite all-time Hefeweizen, and perhaps UCBC’s most under-rated beer. This beer pours a beautiful amber with a slight haze. On the nose, you’ll get the promised banana and clove, with a hint of citrusy lemon and some wheaty malt. On the tongue, you’ll get a generous wheaty and grain malt, and again with the banana, clove and lemon. True to style.

Fruit beer are not for everyone. If this is you, please consider this a solid gateway option to open your mind and your beer palate, to what I believe will a continuing trend in beer flavors and styles. Known as “brewers’ summer water” around the brewery, this unfiltered wheat beer is perfect for warm weather sipping.

Once the fruit’s sugar ferments out, the aroma and flavor of raspberries remain, making this a delightfully drinkable beer. With citrus aromas from the wheat and a desirable tart flavor, Raspberry Hefeweizen is low in bitterness and not overwhelmingly sweet, but refreshing and balanced.

The popular Pale Wheat Ale Contact High first arrived in 2012. In 2018, Four Hands introduced its second variant “Juiced” which is JUICED up with tangerine juice and zest, giving it a big citrusy aroma and crisp hop. This beer is easy to drink and is made for fun.

Is there a beer out there that has had such a profound effect on you that you remember everything about the first time you sipped it?  I do.

In fact, I have it recorded on Untappd. 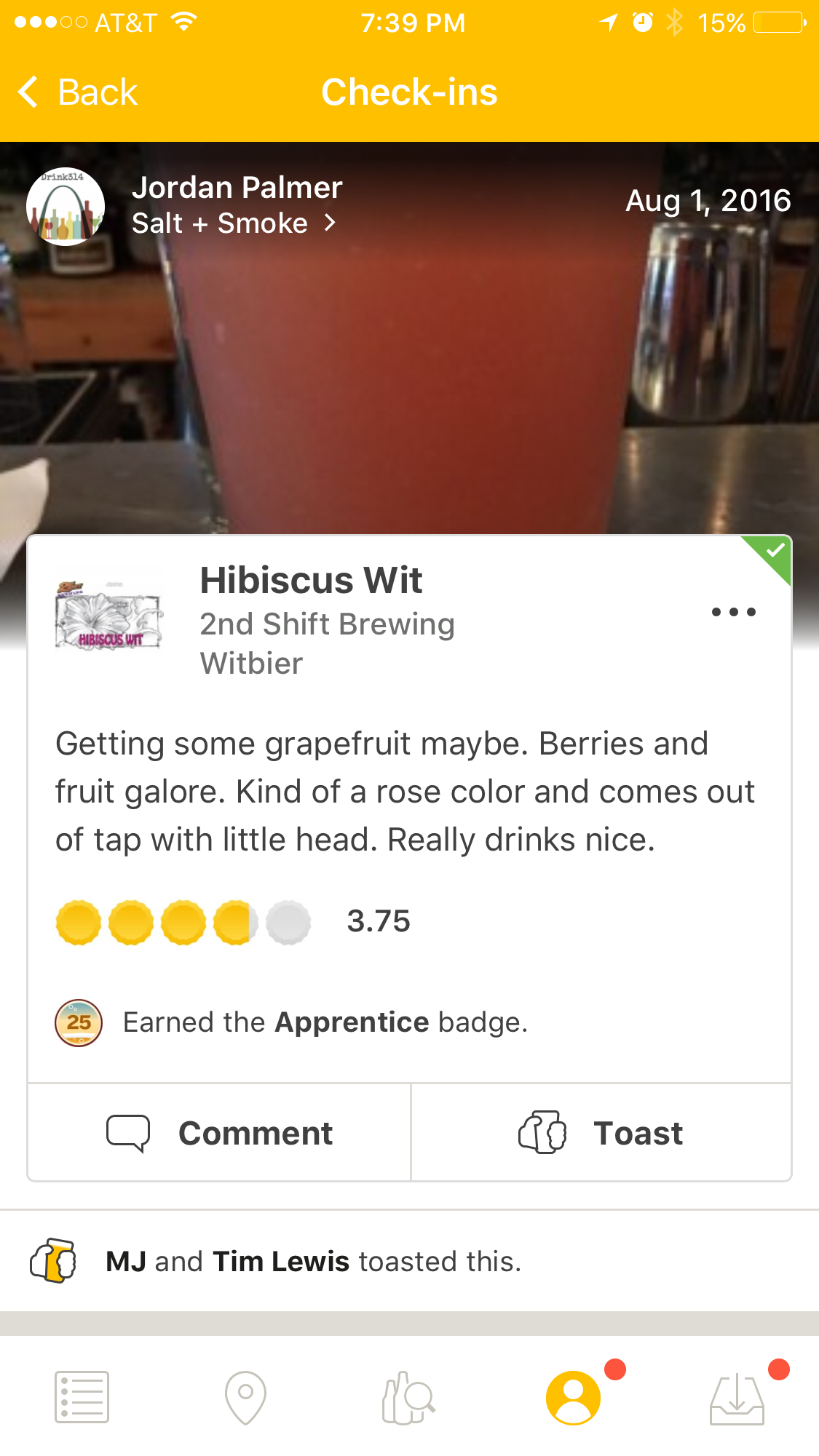 August 1, 2016 was a great day.  Lunch with my wife at Salt + Smoke.  And on that day, I discovered one of my favorite beers ever, 2nd Shift’s Hibiscus Wit.  Another reason I loved the beer was that it was one of the rare brews that both I and my wife could enjoy together.

This beer is perfect in every way in my opinion. The balance of flavors and aromas, and the fact that every time I drink it, I get a great memory. Try making one of your own in your own backyard. It won’t disappoint.

Old Bakery Beer’s Citrus Wheat is an unfiltered American Wheat beer, brewed with lemon peel, orange peel, coriander, and chamomile.  By no means a heavy beer at 4.7 ABV, this is a sessionable choice that is interesting and unique.

It’s basically a mash-up between an American-style Wheat Beer and a Belgian Wit. From the Wit comes the orange peel, coriander, and chamomile. They use American ale yeast and hit it with a significant amount of lemon peel, which is more typical of American Wheats.

It’s brewed with Organic Raw Wheat grown just outside Champaign, Illinois. About 40% of the total grist.

My first beer from Third Wheel Brewing occurred before they even had a taproom, and I knew that they had something here. “You’ll get the rosemary big of the nose,” I wrote back in 2017. This gem is a Belgian Witbier brewed with coriander and orange peel but dosed it with rosemary in secondary fermentation which adds a soft, piney, herbaceous note. You’ll remember this one.