St. Louis’ brewing legacy does not start nor end with Anheuser Busch.  Not by a long shot.

According to the bible of St. Louis beer, “St. Louis Brews” the list of major breweries included many names still known around here a century later.  Names like Busch, Lemp, Falstaff and Griesedieck, still ring familiar to beer drinkers, generations after their heyday.  But you know the saying, “what was old is new again.”

That is exactly what is happening with the rebirth of the famed Griesedieck family brewery.

A Brief Look At A Long History

The legend of Griesedieck dates back to 1870 when three brothers, Anton, Franz, and Heinrich traveled to St. Louis in pursuit of the American Dream.   In 1907, nine St. Louis breweries came together and formed a new brewing organization called the Independent Brewing Companies, led by Henry Griesedieck Jr.

But IBC wasn’t independent enough so having a natural distaste for big breweries, and wanting his sons to have a brewery, Henry Griesedieck Jr. split from the IBC in December 1911.  He created the Griesedieck Brothers Brewery.

The brewery operated through most of the 20th Century before selling and closing its brewing business in the late 1970s. But their history is rich, lively and back as a new generation of Griesedieck brewers are prepared to take the family name into this new brewing century. 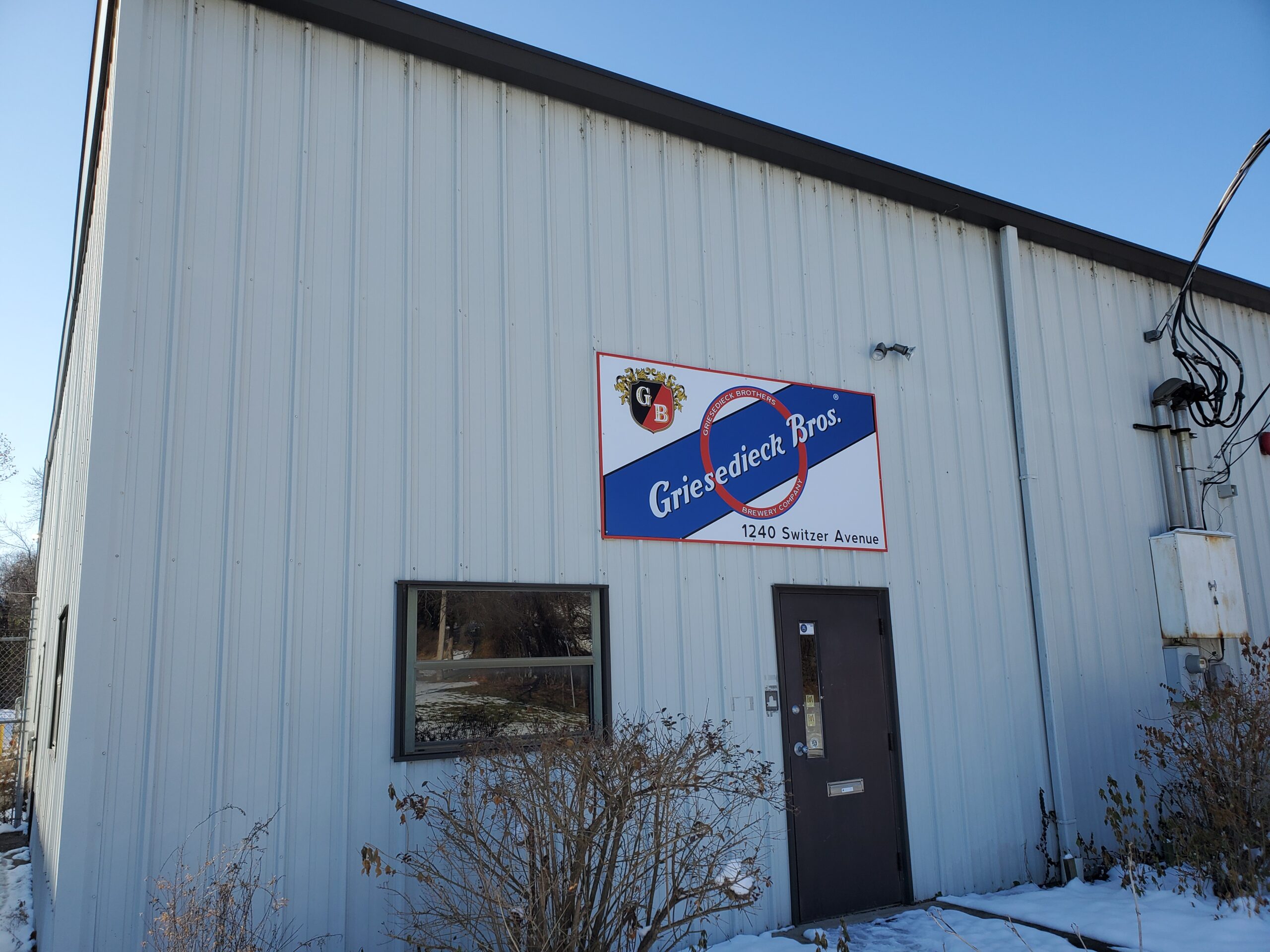 The Future Is Now

This week, Griesedieck Brothers Brewing Company (G/B), announced it finally started brewing their own beer in St. Louis after a few years of planning.

Their new brewery, located at 1240 Switzer Ave in the Baden Neighborhood of St. Louis, MO, G/B will bring all brewing production in-house on their 15 bbl brewhouse.

The 23,000 square foot space will allow Griesedieck to brew upwards of 1,000 barrels of its beer as well as to open a new tasting room where they will surely display the family’s collection of beer signs, and advertisements and cans collected over the past century. 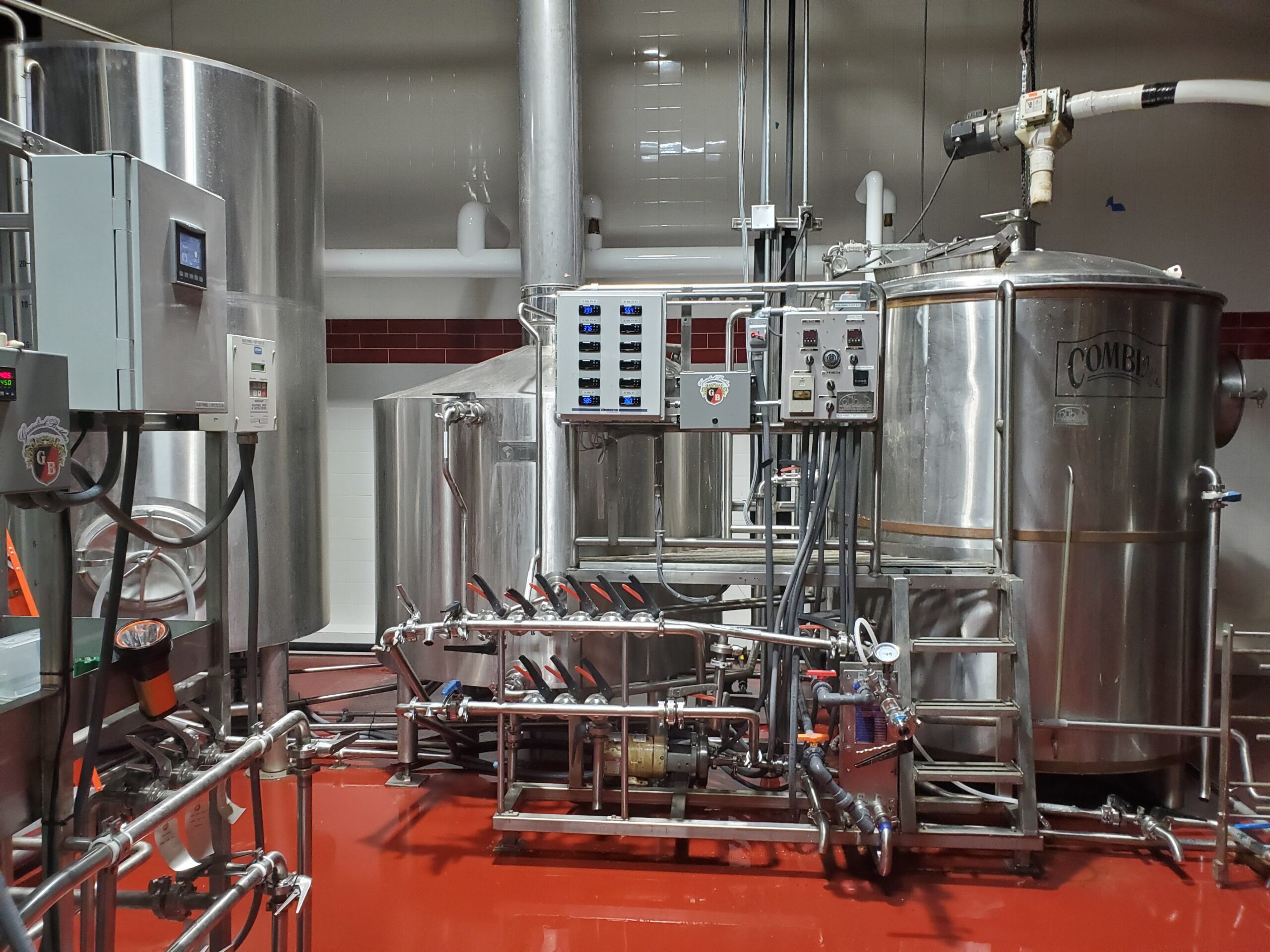 “We had a bit of renovation to take care of on the building’s interior, as we wanted to make sure
our brewery has the ‘old brewery’ feel to it. About this time last year, we were able to get steam,
electrical and water all hooked up, and starting truly testing the equipment this past summer,”
said Ray Griesedieck.

Now that the Griesediecks have been able to transition all draft production in-house for their current beers to their brewery, they’re ready to expand their portfolio.

“Variety and innovation are critical for a craft brewer to stay relevant,” said Bob Griesedieck. “Sometimes it seems if you don’t have something new every week, you’re not relevant. Now
that we’re brewing our own beer, I’d expect more variety now. We have a rich 318-year-old
brewery heritage that many St. Louisians don’t know about. Tapping into that is something that
very few breweries can do.”

“The beer our forefather, Johann Heinrich brewed in 1711 was far different from what we
brewed when our family first arrived in the United States. It was definitely different from the
beers we brewed heading into Prohibition in 1919 or even when we were the Number One
brewer in St. Louis in the 1940s. We plan to expand our selection to encompass the entire 318+
year brewing legacy our family has,” said Griesedieck.

The brewery is strictly a manufacturing facility for the time being. The Griesediecks plan to add
a tasting room at some point, and have future plans of a distilling operation.

“We constantly remind ourselves that one of the old brewery’s motto was ‘This family brews
beer better. Plus, my uncle Ed would remind everyone at the old G/B brewery that they didn’t
want to be the biggest brewery, but they did want to brew the best beer.’

The family’s brewery consistently focused on quality and consistency, and now we’re putting it all together,” noted Griesedieck.

“This is a continuation for us. We’ve put a lot of investment into our operation, and now we’re at the point where we are brewing beer again.”