Back in July 2017, I was the only beer journalist lucky enough to get a sit down with craft brewing legend Sam Calagione, founder of Dogfish Head. The occasion was his brewery’s long-awaited arrival into the St. Louis market. Now, two years later, we have a plethora of DFH beers in just about any bottleshop, grocery store or bar and many restaurants.

If you’re a fan of Dogfish Head, then you’ll want to clear some space now in your beer fridge, because after six years and four releases of American Beauty, it’s coming back for an encore, only this time the partnership is getting a bit “hazy,” and it’s not because of any lingering cloud from someone’s joint. 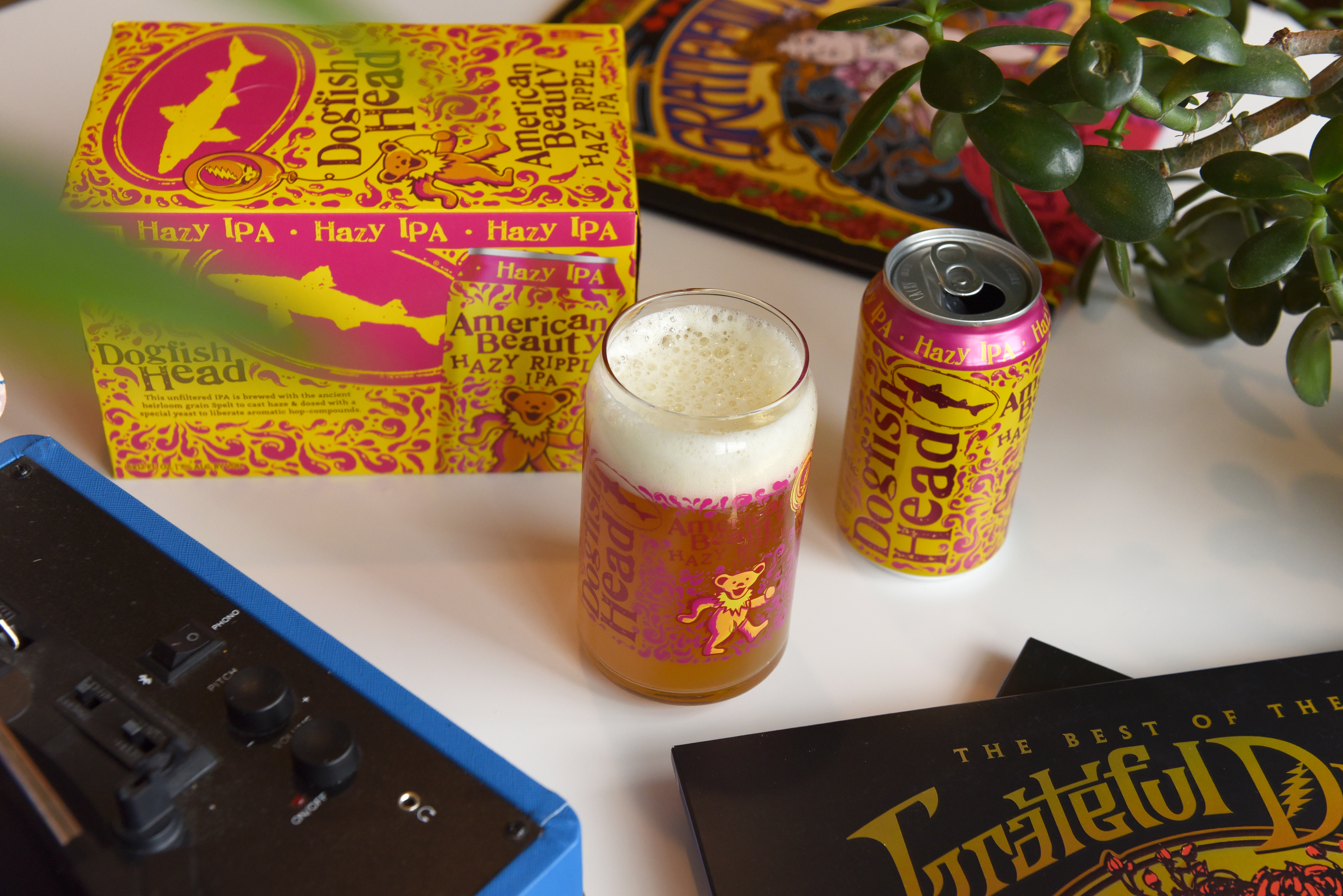 Of course, a beer of this ilk must come wrapped in a beautifully designed can. The kaleidoscopic artwork features one of the Grateful Dead’s iconic ‘dancing bears’ holding a festive balloon adorned with the band’s logo.

“As a self-proclaimed beer geek with a music problem, I couldn’t be happier about the continuation of our awesome partnership with the Grateful Dead and our collaborative efforts to develop American Beauty Hazy Ripple IPA,” said Calagione. “Just as the Dead say, ‘there is a road, no simple highway’ – our journey to develop the perfect recipe for American Beauty Hazy Ripple IPA was a lengthy one, but we ‘put our money where our love is’ and eventually arrived at our flavor destination.”

American Beauty Hazy Ripple IPA will be available year-round in 6-pack 12 oz. cans throughout our 45-state network starting in mid-November.