It is time, once again, for St. Louis beer drinkers to get loopy.

Now, in St. Louis ‘getting’ loopy can mean many things, but for one weekend a year it is completely appropriate, as we get set to honor Lupulin, the yellow, pollen-like material at one our town’s signature beer events, put on by one of our signature breweries.

The 8th Annual Lupulin Carnival is a gift to St. Louis beer lovers from 4 Hands Brewing Company. Along with full-fledged beer festival, complete with a real-live carnival, it is also time to re-introduce War Hammer. The Lupilin Festival will be held May 18th at The Big Top,  3401 Washington Blvd, St. Louis, MO 63103 from 1pm-5pm.

But, just what is a Lupulin?

Some exhaustive research we dug up this gem: From the 1909 – United States Committee of Reference in Pharmacy Report on Lupulin: “Presumably this drug will be omitted, as it is practically never used.”

It appears that Lupulin, as a drug, wasn’t cutting it so the experts decided it had no use. But it may have influenced American lexicon.  Legend is that doctors from the early part of the 20th Century used Lupulin, which is the yellow, pollen-like material found in Hop plant cones, as a sedative.

Patients who were given Lupulin were described as “loopy.”

A century later, much has changed. Now we celebrate the “loopy” Lupulin in St. Louis with this annual party. 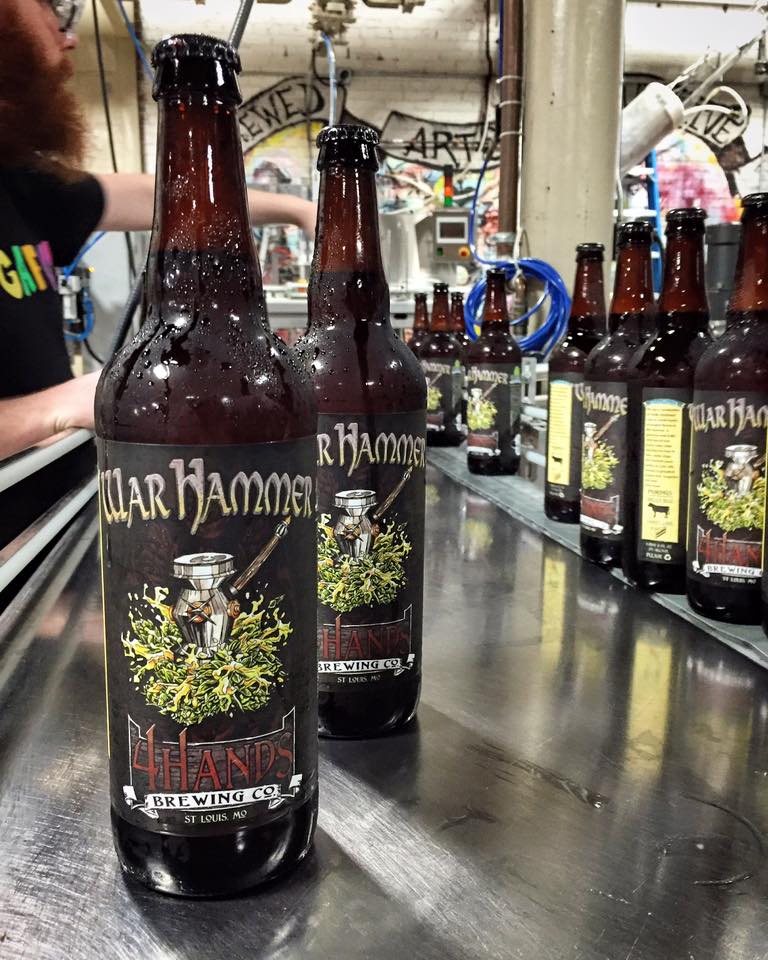 They’re calling it the Greatest Beer Show on Earth! A truly unique beer festival experience celebrating the hop and release of 4 Hands’ War Hammer, an Imperial IPA. At 9 % APV |  83 IBUs Warhammer is a local favorite that pours a deep golden color with nice fruitiness. But if you really want to know what it tastes like, just look at the label artwork. A pile of fresh hops exploding.

This year, all breweries will be under the big top with main acts happening throughout the entire event smack dab in the center of the event. Wellbeing is offering a full can of one of their offerings to DD’s that would like to have something to sip on throughout the event. For food this year we will be featuring carnival fare.
This year, 4 Hands will host a variety of their favorite breweries from across the states and share a taste of their offerings.

Lupulin Carnival features a variety of performances from acrobatics to sword swallowing. Throughout the event, entertainers will be wandering about to keep you in awe as you sample all the beers. There will be scheduled performances on the Main Stage located in the center of the breweries, so you will be sure not to miss!

Ah, and of course the beer.  At the current count, you will be able to sample beers from 65 local and national breweries.  Here is the guest list.