If memory serves, I had my first “craft” beer at Tom’s Bar & Grill in the Central West End and it was Schlafly’s Pale Ale. Back then it was hard for a young man from St. Louis to branch out to any beer that didn’t have word’s Bud or Busch or Natural on the can. That’s the curse of living in the STL. It all seems so adventurous now, but back then it was just another beer I was drinking.

And while, I would be just fine if Schlafly never, ever made a single change to anything about this classic beer, I can’t fault anyone for growing their business or expanding their products. This is why I will not complain, but rather, celebrate the news that for the first time Schlafly will release its flagship beer in 12-packs of 16-ounce cans.

Why? Well, I’m becoming more and more a bigger fan of the 16 oz cans these days.

This release of Pale Ale in cans also introduces a fresh look for my one of my favorite beers. The cans and packaging offer a modern feel to a classic Schlafly beer. The style name takes the center of the brand’s signature circle, usually reserved for the Schlafly logo. Packaging updates also include the addition of hop illustrations as well as bolder colors.

This release also follows Schlafly’s steady addition to its can lineup this past year, including 12-packs of 16-ounce White Lager, Hoppy Wheat and Oktoberfest cans, as well as canned Proper Cider: Raspberry and the brewery’s Hop Allocation series. Pale Ale will available for $13.99 in 12-pack of 16-ounce cans.

The History Of Schlafly’s Pale Ale

That familiar orange logo simply saying Pale Ale, is now like a comforting friend.  When it catches my eye, I know I’ve got a friend in a bottle nearby.  Weird, I know but that’s what it feels like.  Schlafly Pale is truly one of the beers I LOVE.

This particular pale ale is the definition of clean and balance for me.  Pours a clear amber-gold with just a hint of fruit, malt, and hops on the nose.  Perfect distribution of both malt and hop on the tongue with just the proper hint of fruit and bitterness to keep your mouth interested.

I reached out to Schlafly founding brewer Stephen Hale to find out the true story behind Pale Ale because unless I’m crazy, this beer is also one, or will be one YOU LOVE, so let’s all learn its history together.

Please tell us the backstory of this beer?  Who made it?  Why?  What inspired it?

Schlafly Pale Ale was inspired by the beers our co-founder Dan Kopman brewed when he worked at Young’s Brewery in London before opening the Tap Room. Co-founder Tom Schlafly had also studied law at Oxford and was keen to share this beer style with the people of St. Louis. So it seemed to be a perfectly natural fit to have this English-inspired beer in the initial lineup, a position it has enjoyed coming on twenty-seven years now. A hallmark of the classic British Ales would be the inspiration for this beer. 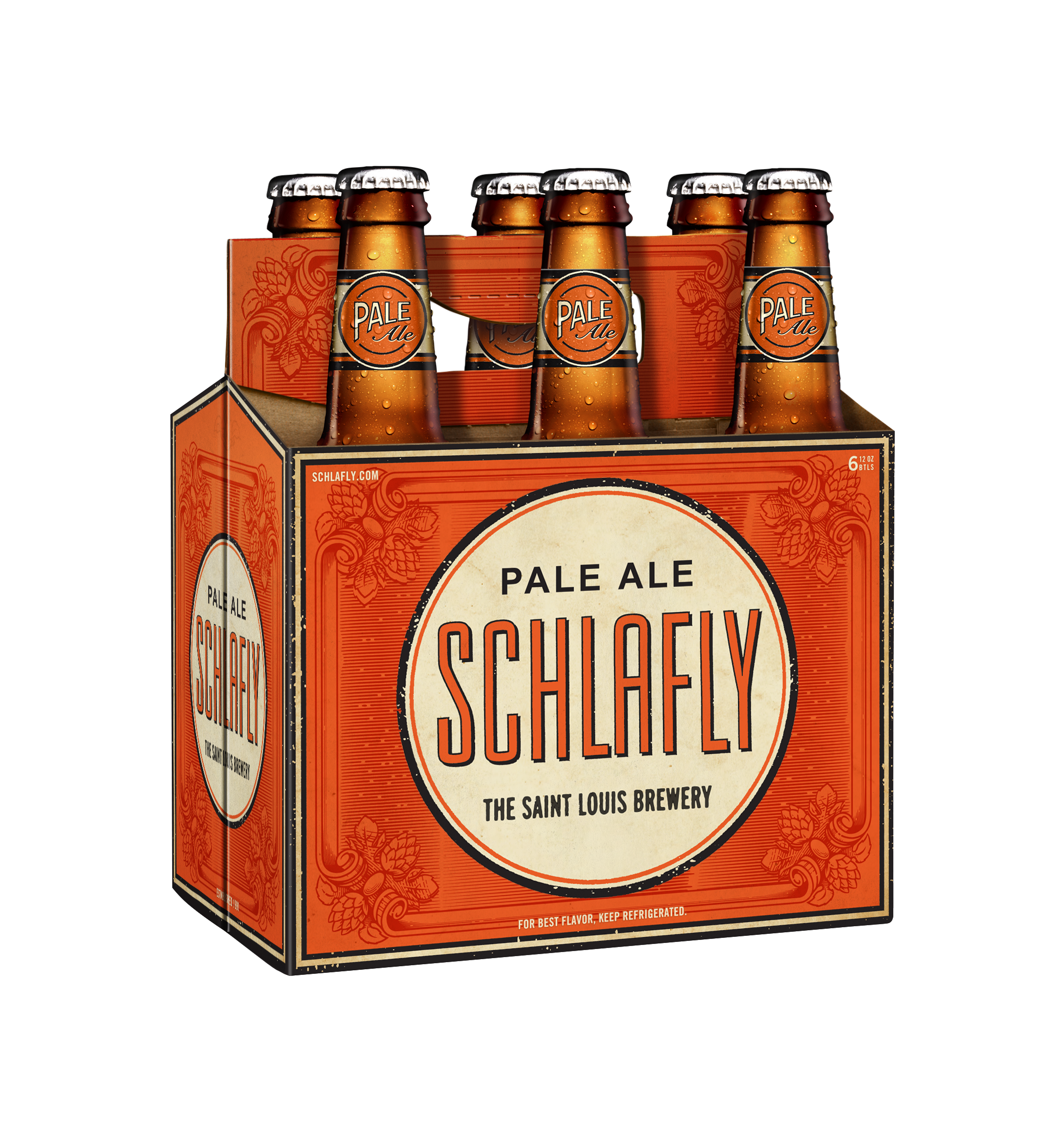 Many might consider your pale ale to be a flagship or a staple of Schlafly. Do you agree and if so, why do you think this beer is so endeared by so many?

For many craft-beer beer drinkers, especially those new to the experience, our Pale Ale is not only basically solid and enjoyable in its own right, it also fits in all those categories of being a really approachable beer, sessionable, crushable, and your old standby. Well made, amber but not-too-dark, full of perfect flavor made with English ingredients.

We hear from a lot of people that Schlafly Pale Ale was their introduction to craft beer, so there’s certainly a deep place in a lot of peoples’ hearts for Pale Ale, but it also opens them up to explore our portfolio of 60+ other styles. Many, of course, don’t venture far beyond it, perhaps because it’s “just right”, but those who do often come back eventually.

What are you most proud of about this beer?

Its staying power—it’s still here after nearly twenty-seven years! Whenever new seasonals came out in our early years, everybody flocked to them until they were gone, but waiting patiently for all of us to return was our beloved Pale Ale, ever stalwart and never doubting we’d be back to enjoy a few more.

It may not be the flamboyant darling child always seeking attention (which can be a flash-in-the-pan), but instead, it’s the ever-faithful classic, knowing that at least every once in a while, you’ll really just want to enjoy a beer as classic as Schlafly Pale Ale.

Would you consider this as a representative of what Schlafly does best? Why?

I sure would! There are many challenges brewing a lot of beer styles (lagers, lighter-bodied beers, wood-aged beers, the world of sours, the list goes on), but maintaining consistency for so long is a good thing, and those who enjoy it regularly know that they can count on this beer being there for them.

Brewing Pale Ale keeps us connected with our roots, our traditional approach to brewing, such as using English ingredients for this English-style Pale Ale. The majority of the Schlafly Beer pie is just that—a genuine approach to doing things the traditional way, while also allowing for a lot of exploration and innovation with other beer styles. We’ve been brewing craft beers before craft was used to describe them—and if you reach for one, you know it’ll be a good one. So make it a good one, and have a Schlafly Pale Ale. After all this, I think it’s time to go enjoy one myself.

Winter favorite Coffee Stout is back in 16oz. cans

Winter 2018, I wrote that I was growing weary of bourbon barreled stouts. I went as far as to say that I was going to not only take a break from them but stouts in […]