Pastry stouts set themselves apart, in my opinion, as they go a bit over the top – aiming more for just a hint of sweetness to literally becoming a dessert in a glass. I’ve used that term before to describe many beers, so to set it apart, I’ll add that a pastry stout is more like a liquid version of a piece of cake or pastry.

One of my favorite of this style to hit the St. Louis market comes from our friends at Old Bakery Brewing in Alton, Illinois. It’s called Carrot Cake Brown Ale (6% ABV | 25 IBU). 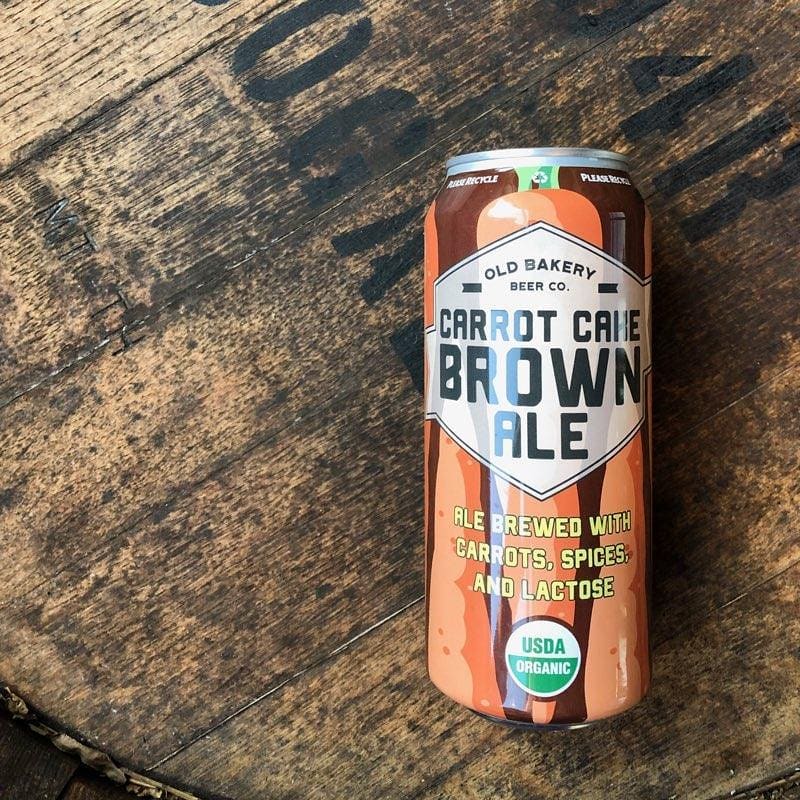 “Pastry Stouts have been big for a while, and we wanted to do something in that category,” said Old Bakery’s James Rogalsky. “We’ve always stayed away from pumpkin beers, but get a lot of requests for them. So, this is our foray into that. Carrot Cake is a personal favorite, so we tried it out.”

Carrot Cake Brown Ale is very different from most of Old Bakery’s other beers. Brewed with carrots and a blend of spices, it also contains lactose. Lactose is not fermentable by brewers yeast, so it leaves a sweetness behind in the beer after the yeast is done. It also adds some body and a creamy sweet character.

As described above, many of the pastry inspired brews we have seen are stouts, but Rogalsky decided to go another way. “I thought that a stout would be a bit heavy for the flavor profile we wanted, so a brown ale seemed more appropriate. We hand-picked 150 lbs of carrots from Earthdance Farm School in Ferguson, MO. Each batch got 50 lbs of carrots. We boiled, pureed them, and added them to the mash.”

The result is pure pastry heaven.

So, 2020 is a bust, but there is still plenty of fall fun left, and that means you still have time to catch up on the new fall beers you’ve been meaning to guzzle. What […]

Can you believe it!?  The Old Bakery Beer Company is turning 5! After opening in early 2015, the only certified organic brewery in the St. Louis area is getting ready to celebrate their 5th birthday […]

Today’s writing t-shirt is from the Jack Daniels Distillery, in Lynchburg, Tennessee. Here is what I found today that every beer and whiskey lover in St. Louis needs to know. … 2nd Shift Brewery is […]