“The flavors of life,” – four words that when expressed, minus the stress and tension of everyday life, leave one feeling a bit more fulfilled.  But keeping those flavors handy is part of the daily battle for most of us.  There are days when you “got it” and then there are, well then there are those other days.

Two of my favorite flavors in life have been coming together more frequently lately – yoga and beer and it’s awesome.  In St. Louis and across the country, they’re calling it “detox and retox” as yoga masters of varying disciplines are finding a whole new audience among beer lovers as they host yoga classes inside breweries or team up with brewers to serve beer after the class. 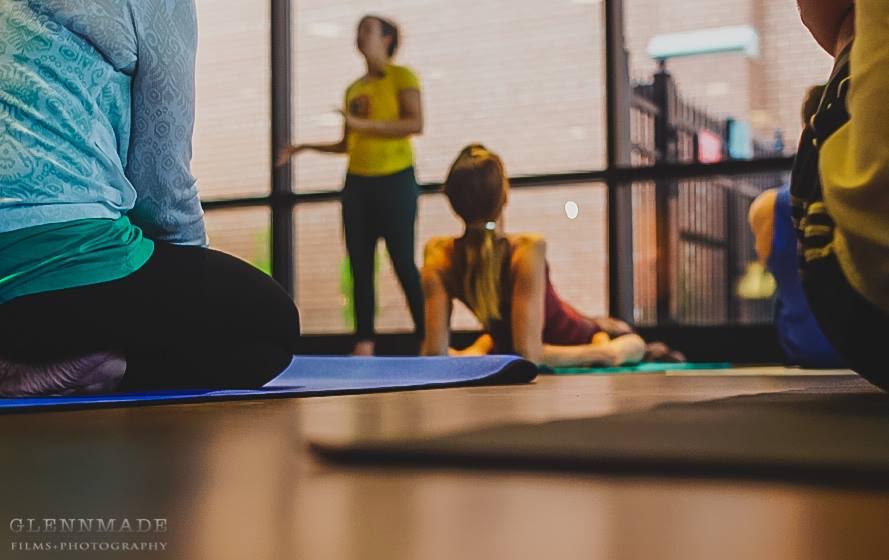 Elle Potter runs Yoga Buzz, a 501c3 non-profit organization on a mission to make yoga accessible throughout St. Louis.  They host yoga and social events at a variety of venues throughout town, including dozens of beer and yoga events.

“The philosophy of yoga that I practice is called Tantra, and the teachings encourage the savoring of the flavors that life has to offer, in a way that is nurturing for the body and heart.  So to me, I saw two seemingly separate communities – beer and yoga – and realized there were a lot of parallels there,” said Potter.

Right now, if you check out our award-winning drinking event calendar you’ll find multiple listings for Yoga +, including two featured events coming up next month at two of St. Louis favorite breweries.

Join Yoga Buzz for yoga at 4 Hands Brewing Company. Hit the mat with a Yoga Buzz instructor for an hour-long, all-levels yoga practice (beginners encouraged to join). After class, enjoy a pint of your choice in the tasting room. Please bring a mat if you have one (a small number of mats will be available first-come/first serve).

Tickets are $15 and include yoga and one beer.

Show up at Earthbound Beer for a buzz like no other. Unroll your mat for an hour-long, all-levels yoga practice – beginners are welcome. After class, guests will receive an 8oz. cold brew from our friends at Coma Coffee AND and 8oz. beer of your choice. Tickets are $15 and include yoga, and cold brew, and beer – oh my!

Like beer after a bike ride, beer after yoga, too many – just feels right.  “People who enjoy both are passionate, curious, interested in exploring, and use “it” as a way to connect with others,” said Potter.  “But, just to be clear – the Yoga Buzz rule is “Yoga before Beer, you’re in the clear.”  We encourage folks to save the indulging for after the class. 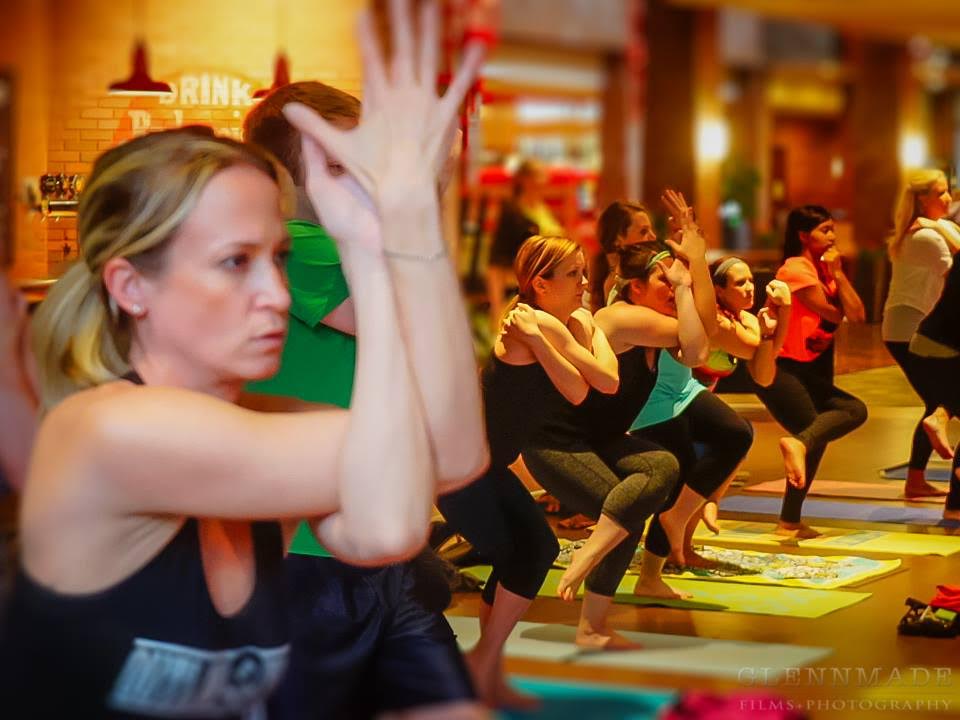 And so far the response to yoga + beer events across the country has been great.  The brewing industry across the board is always looking for ways to connect and broaden their audience, of which the current majority is men.

“Yoga attracts more women practitioners, so we’re therefore able to potentially introduce new faces to a beer, and having a VIP experience at a brewery with Yoga Buzz is offering a chance to create brand loyalty,” said Potter. “From a yoga standpoint, it’s an unintimidating environment for newbies who haven’t done a lot of (or any) yoga before.  And if they hate yoga, there’s a beer afterward.  It’s both a reward and a bribe.”

And local breweries just make good places for yoga. Most have big, open spaces as well as available event rooms. The second floor at the original Schlafly Tap Room was the space that initially gave Potter and Yoga Buzz the inspiration to do a Yoga + Beer event.

“Stunning wood floors, exposed brick walls, big beams – it’s a yoga studio dream. And again, ultimately it’s yoga at a brewery, it’s unintimidating, it’s laid-back and it’s a little harder to take things too seriously when you’re upside down and can see the bar behind you,” said Potter.

As the local beer community continues to become a part of the St. Louis culture, yoga + beer and other clever mash-ups will continue to become social gatherings for anyone looking to find or recapture their individual flavors of life. Perhaps yoga isn’t yours, but trying it just might push you one step closer to find out what is.

In the craft beer world, it is quite mesmerizing how many choices we have of quality breweries as well as the vast number of beers those breweries are crafting. It can be a bit overwhelming. […]

Purchase Tickets: Click here to get yours One of the new things I’m most excited about for this year’s Heritage Festival is the “Rare Tappings Tent,” hosted by Ryan and Justin, the owners of Saint Louis […]